Balor of the Evil Eye 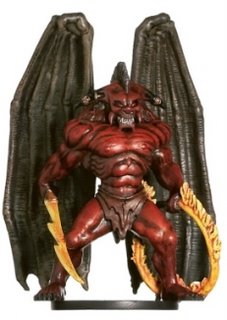 
In The White Goddess Robert Graves discusses ancient Greek cults that practised human sacrifice, and whose victims were transported to 'some sacred island' for burial such as 'the distant Ogygia, perhaps Torrey Island [i.e. Tory Island] off the west coast of Ireland -- under the charge of magic-making and orgiastic priestesses.'

There is a mysterious Tau cross on Tory, which may bespeak a mysterious Graeco-Hibernian connection, and then there's Balor of the Evil Eye. Extensive antiquarian burrowings have turned up the following evidence for some kind of classical era evidoer exchange programme. I like the sound of a Cyclopean Ciconian. Ahem:

'The Gogonians may be connoted with the troglodyte Ciconians, or Cyclops, to whom Homer so frequently and unfavourably alludes, and the one-eyed Polyphemus of Homer is obviously one and the same with Balor, the one-eyed giant of Tory Isle in Ireland. This Balor or Conann the Great, as he is sometimes termed, was cock-eyed, one terrible eye facing front, the other situated in the back of his head facing to the rear. To this day the fateful eye of Balor is the Evil Eye in Ireland, whence anyone is liable to be o'erwished. Ordinarily the dreadful optic was close shut, but at times his followers raised the eyelid with an iron hook, whereupon the glance of Balor's eye blasted everything and everybody upon whom it fell. On one occasion the fateful eye of Balor is said to have overflowed with water, causing a disastrous flood ; whence, perhaps, why a watery eye is termed a 'Balory' or 'Bleary eye'. That Balor was Gog may be inferred from Belerium or Bolerium, being the name applied by Ptolemy to the Land's End district where still stand the rocks called Gog and Magog. That Balor was Polyphemus, the Cyclopean Ciconian, is probable from the fact that he was blinded by a spear driven into his ill-omened eyeball, precisely as Polyphemus was blinded by a blazing stake from Ulysses. Did the unlettered peasantry of Tory Isle derive this tale from Homer, or did Homer get the story from Ogygia, a supposedly ancient name for Erin?' {snip} 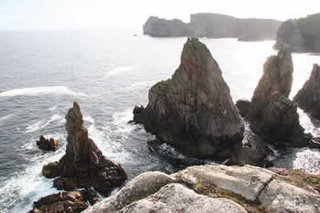