Tale of a Horse 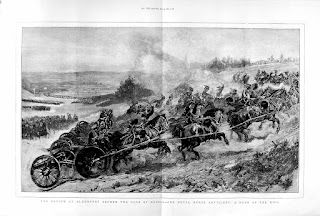 Khlebnikov was given a black mare instead, but pined for his stallion.

So Khlebnikov wrote to headquarters, who said, Give him the horse back.

Off he rode to get it and found Savitsky shacked up with some Cossack girl.

Do you know who I am?, asked Khlebnikov. It says here to give me my horse!

Do you want a piece of this, said Savitsky, waving his pistol. Get lost!

Off rode Khlebnikov to the Chief of Staff who said, I dealt with this earlier.

So Khlebnikov sat down and wrote a letter saying, That’s it, I’m off.

On and on it went, saying how much he missed his stallion.

You idiot, said the commissar, come and have dinner; it’s just some horse.

But he threw himself on the ground saying, Go ahead, shoot me.

All he wanted was his damned horse.

And off he went, and that’s how we lost him.

I saw a lot of myself in Khlebnikov.

The whole world to us was a meadow in May criss-crossed by women and horses. 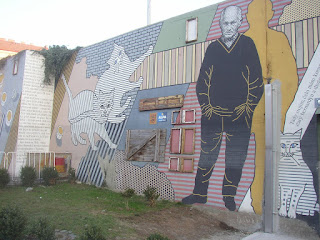 In Bohumil Hrabal’s Too Loud a Solitude
a man holds a knife to the narrator’s neck
and launches into a poetry reading, then
apologises, explaining it’s the only way
he can make people listen to his work.

Listening to your work, by contrast, I feel
I’ve got the village flasher instead, who,
having opened a raincoat on his baby-bird-
on-a-nest of a little pink winky, proceeds
to wave it in my face for a good half an hour. 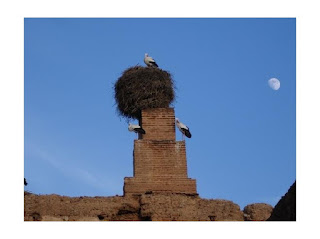 Has Mahmoud married a third time in secret?
Brothers, so he would have us believe,
rolling his eyes and preening himself,
but I see him slip from his tent at night
in search not of some loose-sleeved beauty
but the storks that nest by the mosque,
singing to them while his wives sleep alone,
speaking their names like a young man in love. 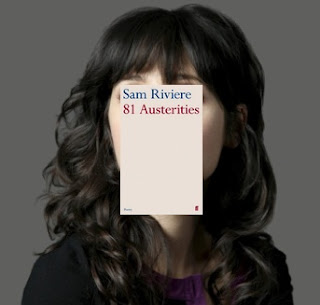 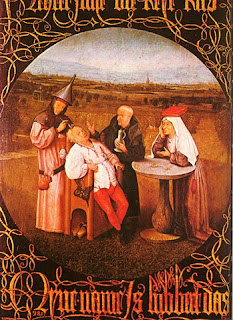 ‘Analphabeta,
muse of creative writing
courses, hail! patron
of scribblers no one wants to
publish (and that’s just the prof) –’

*
jots bored hourly-paid
teacher stuck with ‘life writing’
for non-readers, man’s
inhumanity to the
humanities come to this.

*
Workshop by workshop
instalments proceed apace
of The Sword of Drax,
a tale of who-gives-a-fuck
inspired by Christ-make-it-stop.

*
Congratulations,
friend, on your PhD by
novel. It remains
unpublishable. But did
Tolstoy have a PhD?

*
A visiting bard,
drunk, spins a tale of what he’d
like to do to ‘that
cunt’ reviewer: livelier
by far than his wilting verse.

*
‘Over the weekend’
(mentally fills out report
on conference in
Derby) ‘I shared best practice,
a drinks tab, body fluids...’

*
Lingering late on
the library’s abandoned
classics floor he weeps,
pens hexameters to the
muse of illiteracy.