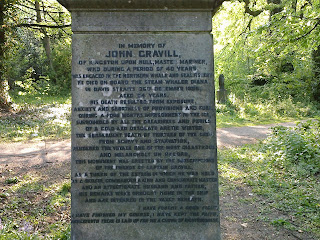 Labels: dreariness and perils of a cold and desolate arctic winter

Novels Must Have Scenes on Highways, Making Driving Seem Poetical and Magical 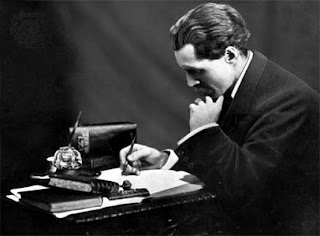 As travel reading on my recent hiatus-jaunt to Ireland I packed Steve Hely’s How I Became a Famous Novelist, a novel with a keen eye for the chortlesome japes to be had on the creative writing circuit. Its protagonist, Peter Tarslaw, is a rocket-propelled opportunist who decides to become a best-selling novelist in order to upstage his ex at her wedding. For Pete, writing is essentially a scam he explains to himself in a series of rules (‘Evoke confusing sadness at the end’, ‘Novels must have scenes on highways, making driving seem poetical and magical’, ‘At dull points include descriptions of delicious meals’, ‘Must include a murder’). Having studied the New York Times bestseller list, he draws up a list of potential bestsellers of his own on a sheet of paper he calculates is worth $32.5 million between royalties, movie rights and franchise fees, not to mention video game tie-ins. The ideas include ‘A New York City cop discovers that some Hasidic Jews have found a long-lost eleventh commandment that changes everything’ and ‘Pharmaceutical companies are poisoning everyone’s brains’, though that last one, he realizes wasn’t his idea – it was something a homeless guy had shouted at him while stuffing newspapers into his shirt.

In tribute to Pete and his never-known-to-fail rules, I thought I might try riffing on his method with some bestseller ideas of my own.

The ghost of Princess Diana is desperate to make contact with her sons to warn them of a kidnap plot but can only communicate with them through the medium of Alphabetti Spaghetti.

A psychic from Brecqhou, one of the lesser-known Channel Islands, discovers she has the unique gift of becoming pregnant with the ectoplasmic aura of anyone who sneezes in her company.

A maverick policeman uncovers a huge Masonic conspiracy in Britain’s call centres to cause millions of people slightly higher than usual levels of minor inconvenience and irritation.

A maverick vampire novelist uncovers a conspiracy by the global publishing industry to encourage millions of people to write books of their own, in order to recycle the postage on their manuscript submissions on a secret Polynesian island whose currency is used postage stamps.

A telegenic mycologist in the Cleveland area makes the chilling discovery that reading the Daily Mail every day of her life, as she has done for the last forty years, has turned her into a Tory-voting racist cretin, a fact she exposes to the public at large by writing cretinously racist letters to the Daily Mail.

A pig farmer from rural Ohio finds shocking evidence on television and in print media that at least two large political organizations are planning to take control of the United States after the next election in that country.

A three-year-old child accidentally assassinates the president of the United States and, in the ensuing political crisis, also accidentally, becomes president.

And that’s probably enough ideas for bestsellers.
Posted by puthwuth at 24.4.11 4 comments 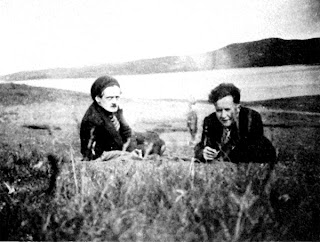 ‘Yeats and MacDiarmid are arguably far closer in ultimate stature than criticism, at least criticism as practised beyond Scotland, has realised.’ (Patrick Crotty)

‘Instead of the heightened detachment – which should not be mistaken for “condescension” – of MacNeice’s third person, MacDiarmid starts at ground level, confused by a cencrastian overlap of walls as grey as the sea, putting the reader there with him as “we”, until roused to claim authority by an assertion of first-person omniscience that MacNeice cannily avoids.’ (John Kerrigan)

‘Alongisde the clarity of [Sorley MacLean’s] role in the desert (...) there came an understanding that there was no single location or standpoint of poetry of the war.’ (Peter Mackay)

‘The older Gaelic tradition is a primary source from which complex modern concerns can be illuminated with resonance, depth and wisdom.’ (Máire Ní Annracháin)

‘Whenever I hear a poet or anyone else proselytise on behalf of poetry, I cringe.’ (Douglas Dunn)

‘It is what poetry must do repeatedly, to listen to a native foreignness.’ (Robert Crawford)

‘Cultural nationalism was itself a foreign import.’ (Christopher Whyte)

‘In the way that Carson has arranged First Language, Irish becomes (...) an originary language, and to write in English is to be thrown into translation and “alienation” (...). But he does this not to assert, or describe, the postcolonial scar, but rather to explore imaginatively the more universal structures of language use. The work is no longer preoccupied with the Irish/English binary, but rather how we all speak and write the language of the other.’ (Justin Quinn)

‘The sense of promise that Irish and Scottish place names hint at seems to be swiftly disappearing over the horizon.’ (Alan Gillis)

‘Poetry retains the right to disagree rather than agree not only its own terms and forms but also its subjects and places.’ (Aaron Kelly)

‘It could perhaps be argued that more recent critical engagements with concrete poetry and avant-garde aesthetics in Scottish studies have been overly imbued with the need to assert connections with Scottish literary tradition, as a way of “making safe.”’ (Eleanor Bell)

‘The opposite of Irish parochialism is not Irish modernism but the world.’ (DW)

‘Yet that [the addressees of Michael Longley’s verse letters] reacted tetchily rather than rallying to the call is, of course, part of the point and, ironically enough, a measure of how much the relationships are to be trusted: friendship is the sound basis for productive argument as against ideological deadlock.’ (Fran Brearton)

‘The knowledge that these are Tatyana Tolstoy’s own words confuses the issue of who is speaking, and for whom. Indeed, it asks whether it is ethical for McGuckian to speak “on behalf of” nineteenth-century women (or Mandelstam “for” his wife, as he records doing in his letter), and by implication for McGuckian’s poetry to represent a thing called “Women’s Poetry”, of which hers is one variety.’ (Leontia Flynn)

‘Then (as now) arguments about aesthetics and form struggled to disentangle themselves from literary nationalism, literary anti-nationalism, and confused blends of the two.’ (Edna Longley)

‘The real cost of living in civil society – to believer and non-believers alike – is the realisation that we do not have access to a higher order of understanding: there is no metaphysics, no superhuman, no channel of the divine.’ (Michael Brown)
Posted by puthwuth at 23.4.11 0 comments 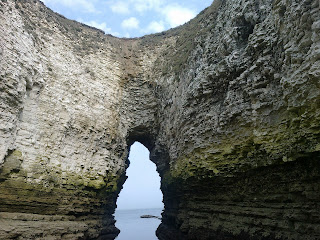 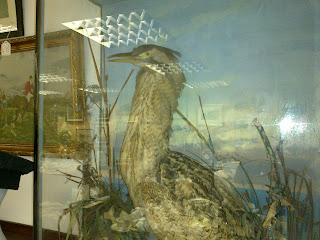 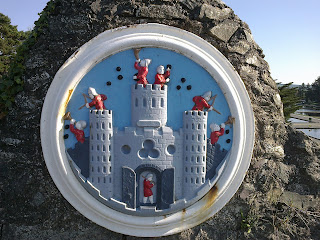 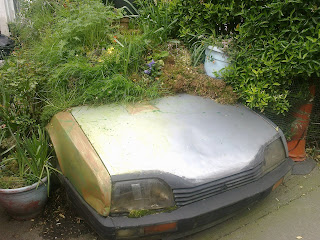 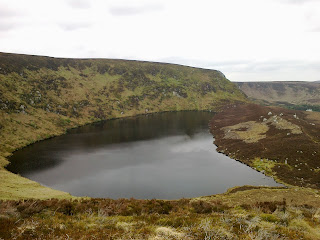 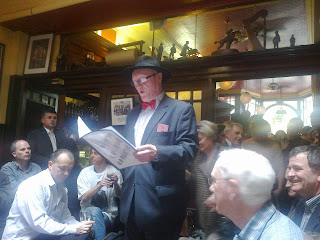 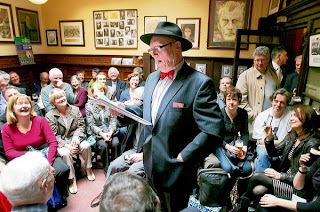