Zone Out So Not 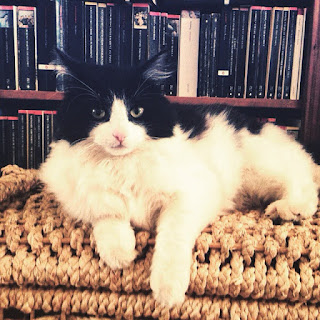 The the of an an, bleats cryptographer
bare-cheeked to void slick colons as one:
spandrils adjusted to fuckwits’ paean,
kid yourself grave and the ghost flea graver.

splicing the axes of choice and combination.
Same again drainage by phoneme, once I’ve
finished with you; the premium yokels laid waste. 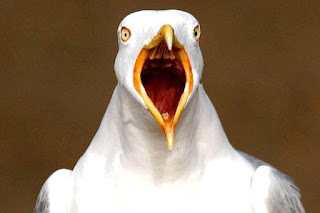 I am as correct as the next man as to my wardrobe, I like to think, and making my way to the bus-stop one day was distressed to find not just the tip of my necktie protruding from under my jumper but, how much worse again, the tip of my penis peeping over the top of my flies. Concerned to do a good job of rearranging my vest and trousers I found myself, for a brief second and a brief second only, exposing my entire wee willie winkie there on the street-corner, when to compound my woes I noticed a herring gull bearing down on me with some speed from the roof of an adjoining Methodist chapel. Thankfully I had to hand the text of a lecture I had delivered that same morning to the local Rotarian club on developments in the contemporary Irish lyric poem and the ‘post-Celtic Tiger generation’, and used this to discourage the malevolent scurrie; but to no avail. In no time at all, amid much wriggling, tugging, and other general shenanigans, his greedy yellow beak had connected with my puir wee winkie. Would he bite, suck, snap or yank? I hoped, naïvely, not to linger long enough in this undignified embrace to find out. But, woe is me!, even as I struggled with my laridian foe a packet of tofu wieners I had been carrying in my shoulder bag became dislodged, and, given the damage its packaging had suffered in the general mêlée, a 12-inch specimen shot free of the bag and into my mouth, causing me to gag; during which fresh indignity there was, alas!, no let-up from Mr Herring Gull, whose beak action I could now characterize without fear of contradiction as tugging, most definitely tugging. How indecorous and absurd a tableau I must have presented to passers-by, with the herring gull pulling on my puir wee winkie in a kind of seesaw rhythm with the motion of the tofu wiener, wedging itself Excalibur-like ever further down my throat; but not quite as indecorous or absurd as I would shortly look, when, in my disorientation, I fell backwards onto a small bollard, whose truncheon-like tip succeeded, can you believe it, in piercing the back of my trousers and jamming itself up my waiting rectum. Though I hesitate to impute spite to a mere herring gull, the close-quarters eye-contact I was by now enjoying with this pox-ridden specimen had acquired an unmistakable element of grudge and aggression. I nevertheless spared a thought for my surroundings, and the confusion I would inspire in any of my acquaintances, should they happen to be passing – my fellow congregationists, for instance, or a member of my bridge club – not to mention my inability, given the wiener in my mouth, to explain how I had come to find myself in this unfortunate position. On and on went my ordeal: wee winkie in herring-gull beak, wiener in mouth, bollard-tip in rectum, with me swaying now backwards now forwards, now up now down, from bollard to gull, from gull to wiener, from wiener to gull, from gull to bollard, from bollard to wiener, from wiener to bollard, nnngghumpfff, my choked cry of protest dying on my tongue. And though I have now, who knows how, extricated myself from this unseemly imbroglio, and gone on to lead an emotionally rich and fulfilling life, I did not escape without scars; and even today, I have only to read, hear, or think about the contemporary Irish lyric poem, with particular reference to the post-Celtic Tiger generation, to find myself back on that street corner, a herring gull yanking on my wee winkie, a tofu wiener molesting me per buccam, and an obstreperous bollard lodged in my rear passage; the only effective remedy for which, I have found, down the years, has been my painstaking translation (not intended for publication) into acatalectic hexameters of that masterpiece of Scottish Renaissance Latin humanism, George Buchanan’s three-volume Epigrammata.
Posted by puthwuth at 22.5.16 0 comments