Return of Keats and Chapman (Flann O'Brien is Still 100 Today) 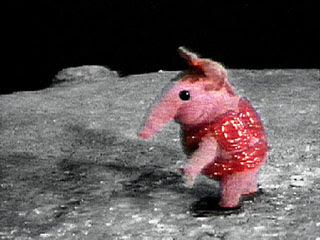 Keats and Chapman had a profitable small business on the go manufacturing, of all things, porcelain likenesses of favourite characters from children’s television programmes of the 1970s. Many a happy morning they whiled away hand-crafting an Ivor the Engine or attaching whiskers to Top Cat, before boxing them up and dispatching them to eager customers all over the world. There was only one problem. Their next-door neighbour was the renowned children’s animator Oliver Postgate, but in old age he’d become more than a little touchy about his work in children’s television. However he pored over his stamp collection it couldn’t live up to the excitement of stop-go animation, and whenever the subject of his former glories came up he would become alternately wistful, morose and even truculent. Needless to say then, Keats and Chapman went to considerable lengths to conceal their new business from him. One lunchtime, however, Keats found himself in the middle of a delicate painting job when the doorbell rang. Not wanting to break concentration, he decided to carry the large pink bibelot he was working on to the door with him. ‘I was just wondering if you still have my hedge-trimmer – ’ began Oliver Postgate (for it was he), when he noticed what Keats was carrying and shrieked with distress, before turning and running off down the road, shrieking and whooping as he went. In his shock Keats dropped the bibelot, which shattered into myriad fragments at his feet.
‘What is it now?’, hollered Chapman from the workshop. ‘Has your lack of social savoir faire got us into trouble again?’
‘You could say that’, answered Keats. ‘It seems I’ve dropped a major clanger.’
Posted by puthwuth at 5.10.11 4 comments

Return of Keats and Chapman (Flann O'Brien is 100 Today) 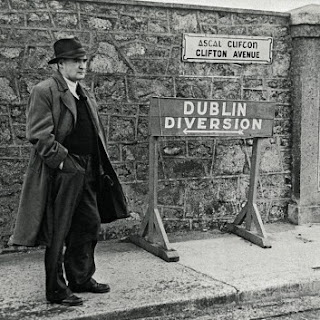 ‘Ouch’, said Keats, tripping painfully on a cabbage. ‘Hurry up’, said Chapman, ‘much more of your time-wasting and we’ll be late for the reading of Sir Myles na gCopaleen’s will.’ It was true, that eminent old gent had passed away of a lingering case of trench foot, and our two heroes were hoping for a small bequest. But no sooner had he stood up than Keats tripped over again, this time on a turnip. ‘Ouch!’ he shouted, ‘I can’t move.’ The poor man lay there on his back, apparently paralysed. ‘But the will!’, replied a clearly flustered Chapman. Eventually Keats bestirred himself and got to his feet, with a few precious minutes still to spare. ‘You see, you can move when you want to’, chided Chapman. ‘Yes,’ agreed Keats, pushing open the solicitor’s door, ‘I was starting to fear there I’d been left a vegetable.’
Posted by puthwuth at 5.10.11 0 comments