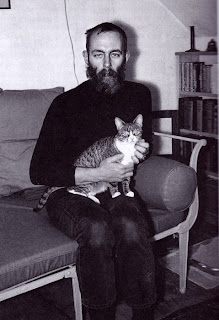 Edward Gorey and kitteh. From a website devoted to writers and cats. Hat-tip here to Elizabeth Campbell, for which many thanks. Or 'thx', I should say. Kthxbai.
Posted by puthwuth at 26.6.11 1 comments 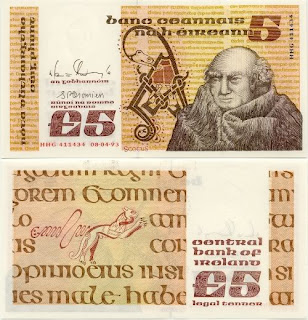 Just back from the Out of the Archive Beckett conference at York, where I had a rare old time, and where the topic of Beckett in and out of the archive received an all-round bracing ventilation. The Beckett archive has been a source of boundless riches down the years, but where archive material is concerned there can be a presumption that the unpublished will explain the published, skeleton-key-wise, which is far from always the case. Equally, the existence of a papertrail back to this or that poet or philosopher that Beckett read in the 1930s can illuminate but, just as easily (it might be argued), set a hermeneutic false trail. In his opening plenary, Jean-Michel Rabaté wondered why archival scholars who want to talk about Beckett and philosophy start by tracing Beckett’s reading as an undergrad or a tourist in Germany, whereas philosophers writing on Beckett will simply plunge in and do a Hegelian or Nietzschean reading without pausing to ask first whether Beckett had read this or that thinker. Which is the right approach? Need it be an either/or thing?

I have delivered myself of a 7000 word monologue (for publication, I hope) ruminating on all these subjects, but let me extract a little archival discovery of my own here. The phrase ‘melius nesciendo scitur’, as used by Beckett in the ‘Whoroscope’ notebook, resonated with me for its applicability to plays such as Come and Go and Krapp’s Last Tape where the drafts contain information the plays are forced to shed before they are completed. How fascinating, for instance, to know that there is a version of Come and Go that tells us what is wrong with the three women, but then how disappointing it is to find out. That phrase ‘melius nesciendo scitur’ (‘he is better known by not being known’) is attributed by Beckett to that tonsured sage on the old Irish five-pound note, Irish John from Ireland, otherwise Scotus Eriugena. But before I could get down to exploring the applications of this neat little maxim, I found the archive drawing me in. The line is not by Eriugena: it in fact derives from Augustine’s De Ordine, where it is prefaced by the word ‘Deus’ and the word order is slightly different: ‘melius scitur nesciendo’. And what does this prove? It proves Beckett copied the phrase from Mauthner’s Beiträge zu einer Kritik der Sprache where, as quoted by Beckett, and with that incorrect attribution, it forms the first of Mauthner’s many epigraphs.

Archive fever, Derrida called it. A bit like disco fever with paper cuts and pencil sharpeners.
Posted by puthwuth at 25.6.11 2 comments

'No Idiocy of Quietude' 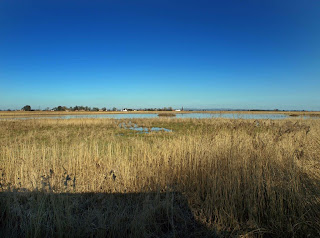 Photo shows the dullest place in Britain, apparently. To find out why, by way of a review of Paul Farley and Michael Symmons Roberts’ Edgelands and Harriet Tarlo’s anthology of radical landscape poetry The Ground Aslant, read this review.
Posted by puthwuth at 22.6.11 0 comments 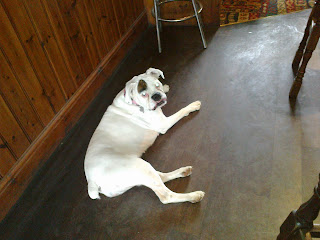 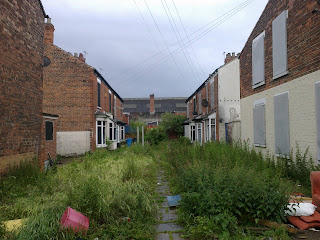 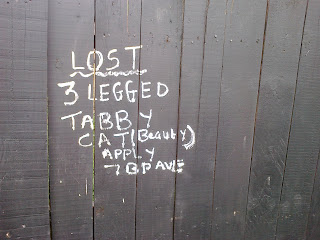 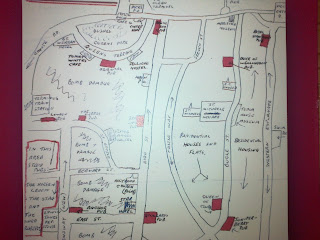 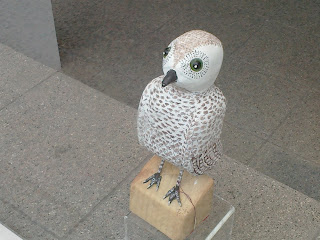 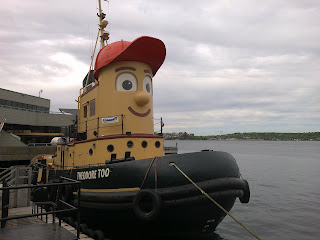 'It Must Be Nova Scotia': Elizabeth's Great Village 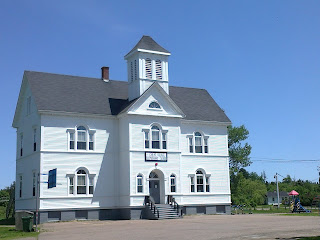 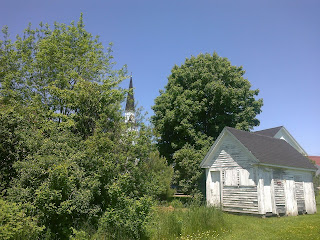 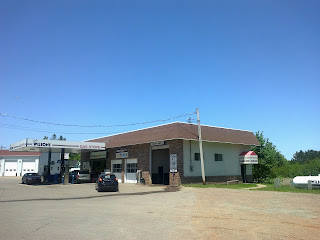 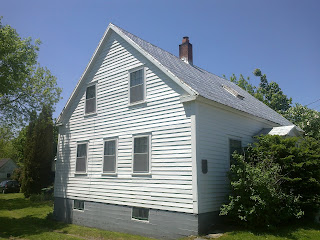 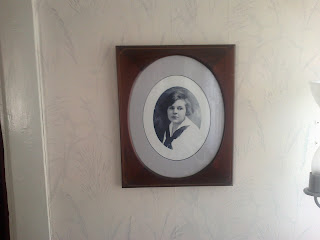 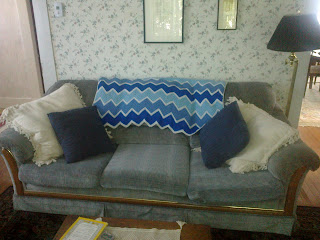 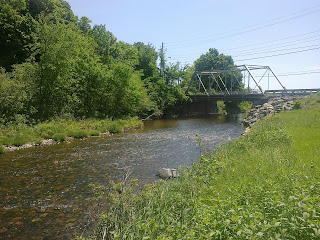 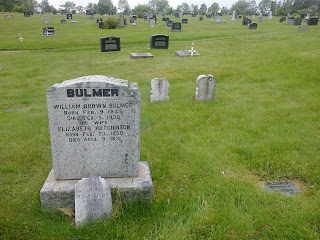 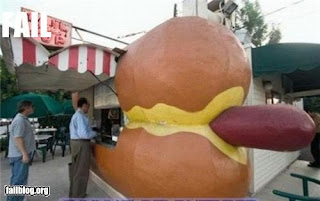 And off I go on my travels for a few days, with the above image pretty much summing up my feelings on the state of the country I’m leaving behind.
Posted by puthwuth at 7.6.11 0 comments