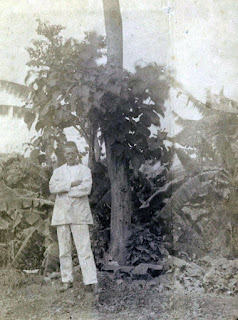 We are exploded!
Hellish contraption en route to Haydn’s creation
bearing me along on the bier of her thoughtstream

who but a Khan would not affect pyjamas
knucklebones cracking like hailstones on the skylight?

a most inept catechumen
doffing his cap to a shooting star
a null place, a spacious naught
an inside fob pocket voice

cover your goitre, my scarlet armed rusty haired bovine
the goodwill of this lousy old earth is venery against thee
the laurel of unknowing on my distempered head
insensible in a deathstupor

I have – glory be – a competency
that oft posed question
a ptyx of bitterness
garrotte me with her garter
turgent bubs
promulgated by a sowgelder
oh mine, my own sweet bowels! 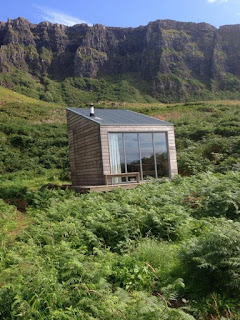 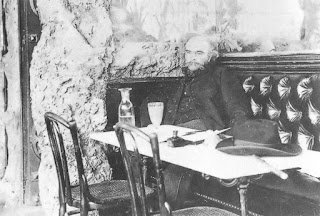 Death to the white-guy heteronormative
bourgeois lyric. It sinks and I soar.
Untune your MFA-schooled tin-eared
competence and give us an auld tune.

So you’re the English language: want to make
something of it? This isn’t afternoon tea
at the Savoy. As for what it all means
I’ll leave that to you, soft lad translator.

Hymn with me the joys of unknowing: your eyes
behind a Touareg’s veil; summers in Goole;
a cat’s mucky footprints across a grant
application for a poem about autumn.

Because what we want’s head-fuck, nothing
but head-fuck, not the whole finding-his-voice,
one-of-our-most-trusted poets malarkey,
but moving to Yemen, orchids at the North Pole.

It’s no go your jokes at the reading, to limp
nervous giggles. End all your lines with ‘the’;
savage your friend’s new book; trace scar-lines
on the cheeks of your suburban epiphanies.

Away with a way with words: snap the neck
of eloquence like a wishbone and where
that headless chicken leads, follow. The blood-
jet of poetry spouts the purest free verse.

Rhyme, you canary courting a hippo,
stop telling me one thing chimes with another.
Nothing connects. Step out of line and it’s
a potshot to the wrist for you too, mate.

What we want’s ruckus and crash bang wallop,
a Pteranodon’s mating-call, or Mozart’s
Queen of the Night played on the Voyager probe:
anything out of this world – that or silence.

You up for it, philistines? Lick my spondees
and make sense who may. Have you even tried
being a genius? It sorts most problems out.
Anything else is The Norton Anthology.

On the Nature of Landscape as Quotation 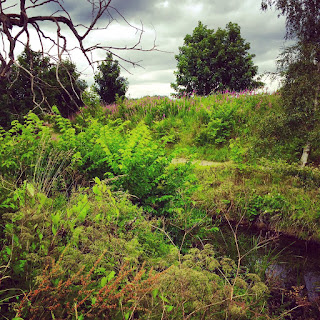 Though I might wish to dispute it, the statue of Robert the Bruce outside Marischal College is not holding up the Declaration of Arbroath for my personal benefit. He’s not really looking at me. Yet there he is on his horse, a herring gull posed on his head. Likewise, the statue of Gordon of Khartoum outside the gallery has no deep thoughts on its French Impressionist holdings. The statue of Victoria at Queen’s Cross has no demonstrable thoughts about anything. You may have seen one just like it, or close enough. She is there but not really there. All landscape is quotation. Further out from the city centre:

the Aberdeenshire canal
(1805–1854)
continues though dry, and where
should be bargefuls of granite
clearing the culverts and locks
are filled-in bridges over fields,
the trail coming and going.
Water remains available
but spurned yet

closer to where I live in the countryside, it elects to resurface in a short, anomalous stretch behind the Italian fish and chip shop in Port Elphinstone. It is August and the grass and nettles are overgrown, but a path has been trampled down to the water’s edge, where I find a duck on a log and not much else. I cannot see where the water begins or ends.

As an absence the canal repeats the paths that would have been there before it, now doubly lost, but snaking back from absence to presence it goes somewhere else again – not found, exactly, but diverted beyond municipal utility and marked deletion alike. Pushing the low branches of a beech tree aside I find algae, plastic bags, and clumpy growths of celandine. Rendering the canal obsolete, the age of steam will surely never die, I tell myself, before I turn back to: