Speaking of Rutland (see Twitter feed), I was reminded by it of Eric Ilde’s hilarious post-Python project, Rutland Weekend Telelvision. For some reason (there’s more on this on Wikipedia) it has never appeared on DVD, but there’s plenty on youtube. The sketch about the secret shame of the man who finds out he’s ‘normal’ and starts to receive all kinds of horrible treatment, like being sent a copy of The Daily Telegraph in the post; we then find out it’s all the fault of the bloke who works down the off-licence, who is also to blame for Leicester City never winning the FA Cup, fascism, and all the ills of society and...

And stopping there, I direct you to the equally hilarious gibberish-based sketch, above.
Posted by puthwuth at 30.1.11 0 comments

Labels: sick in a cup machine-wrapped with butter elbow-wrenchingly heartfelt

Dead Cetaceans and Touchy-Feely Journalism, Enabling a Community Near You 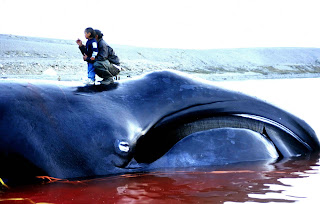 It’s touching watching hardy explorer Bruce Parry trek around the arctic in his current BBC series and explore the predicament of endangered species such as... the word ‘community’. It’s always good to have a word for non-white-skinned-people doing things in a group that make us feel uncomfortable. ‘I’m a bit uncomfortable with this’, Parry tells the camera, as somewhere out of shot his new indigenous friends are slicing up the bowhead whale they’ve just caught, ‘But I feel a tremendous sense of community.’

Over in the Observer meanwhile, rural drop-in centre founder and lifestyle pornography columnist Tobias Jones tells us how much his guests like their table tennis and monopoly, because when we while away our evenings playing board games (rather than, as I like to do, drinking carpet cleaner) ‘there is only ever one winner – the community.’ As I was telling Officer Plod the other evening when he so inopportunely burst in on that dog fight in the backroom of The Tattooed Bishop. ‘I’m beginning to wonder’, Jones continues, ‘whether we shouldn’t pick a metaphorical fight with a local bridge team or snooker club...’ But why stop at metaphorical? I can think of lots of people in the bare knuckle fighting community who’d be only too happy to arrange an evening’s entertainment for Jones and friends.

And still on that use of ‘metaphorical’, I am reminded of ‘A Shropshire Lad’ from Peter Reading’s latest slim volume, Vendange Tardive:

Just now, into the warehouse,
enters the Boss, white-coated.
‘Something awry, Tony?’

Community. An abject, pitiful word designed to mean, today, the opposite of whatever it once did.
Posted by puthwuth at 30.1.11 0 comments


Though most were lost by ‘Róisín Bán’,
all knew his art was rich and strange
in the pub we drowned with our own black stuff
when we laid the Sheepscar Interchange.

Guardian reviewer develops stammer contemplating Ian Duhig: ‘the the ninth-century “Blackbird of Belfast Lough” is clearly audible...’ Perhaps it’s a side-effect of all the Darach Ó Catháin he was inspired to listen to again by Duhig’s new book and its meditations on that fine Irish singer, as excerpted above. Here’s a lovely clip of him singing that hardy perennial ‘Óró sé do bheatha ’bhaile’, done to death untold myriad times a year by surly pre-teens at Irish college...

Many apologies for the lack of more regular posts here. This I will amend.
Posted by puthwuth at 29.1.11 2 comments 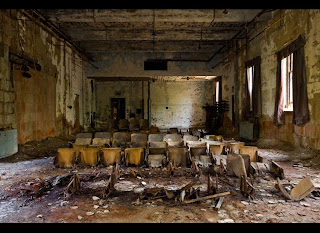 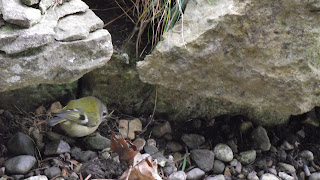 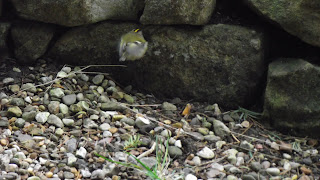 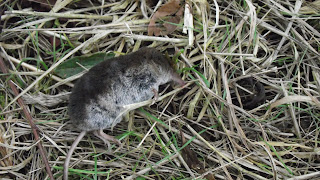 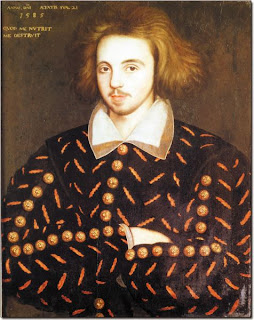 Something unpleasant lurked in the paper this morning, and I don’t mean the match report of the Liverpool-Blackpool game, or rather I might do if I could have brought myself to read it. But since I couldn’t we’ll stick to Alastair Fowler’s review of Don Paterson’s Reading Shakespeare’s Sonnets. As some readers will already know, it’s an idiosyncratic performance, to go no further. But no, let’s go further. Paterson relentlessly insults or ignores other critics, writes in a grating jokey sub-adolescent style, makes basic interpretive errors, to the point where (skipping to the end of Fowler’s review):

Questions arise about what Don Paterson is hoping to accomplish. Does he suppose it advances the cause of modern literature to show contempt for elite standards of scholarship? Why did he write in such a hurry? Why did he not correct his proofs? Why did he take so little trouble over a poet he claims to admire?

We’ve all sat through those nervous little self-put-downs people work into poetry readings, but how odd to see them turn up in a critical book like this (‘let me be the first to say that I consider this theory to be garbage’ , ‘that’s the best I can do’, ‘for all I know’). Paterson cuts through the scholarly stodge with bold new theories of his own, such as the suggestion that him-up-above, Marlowe, not Chapman, is the ‘affable familiar ghost’ of Sonnet 86. Except, as Fowler has to point out, lots of people have already made just this claim. Not that Paterson credits them, or can be bothered working through the evidence to come to the fairly unexceptionable conclusion (I would have thought) that they are wrong. That sounds way too much like homework, or some other form of sweat-breaking exercise. As would be learning that ‘And perspective it is best painter’s art’ does not involve a ‘weird’ stress on the first syllable of ‘perspective’ because, have we got news for you, that’s how people talked back then. ‘Little is offered in support of his verdicts’, Fowler notes. Paterson reads the sonnets as straight (or not so sexually ‘straight’) autobiography (‘Oh come on, people. The guy’s in love with a bloke’). The rhetorical trope of correlatio ‘might well exist, for all I know.’ So go look it up then, your lazyass.

What is going on here? A comparison that springs to mind is Martin Amis’s train-crash of a book a few years back on Stalin, Koba the Dread. While the book was merely wrong and bad in all manner of ways, what riled most was his belief that he, Martin Amis, alone had discovered how bad Stalin was while the rest of us still marinated in our Commie-loving ignorance. If he felt the need to describe the shelf’s worth of books on Stalin he’d read before getting started, maybe it was because he presumed other people, like historians, prepare for writing their books by, I don’t know, taking a brisk walk round the park. Had the rights and wrongs of our attitudes to Communist sympathisers (good old Eric Hobsbawm) and neo-fascists ever occurred to any other commentator at all? Evidently not. And as one last example might suggest, his tasteless and wretched description of calling his infant daughter ‘Butyrka’ on the grounds that her nocturnal screams ‘would not have been out of place in the deepest cellars of the Butyrki Prison in Moscow during the Great Terror’, Amis pulled off the striking feat of making a book ostensibly all about Stalin all about him.

And similarly, this book on the Sonnets is way, way too much about Don Paterson. Fowler’s diagnosis fairly nails it, I would have thought: ‘Paterson believes poets are specially equipped to tell good poems from bad: they have “a special attunement to the weight and texture of language”. But the idea that poets make the best critics has long been discredited. For every Dryden there are two bad poet-critics.’ Far too much writing about poetry today, especially in poetry magazines and newspapers, is by poets. This has created a bizarre climate in which people are not just under-equipped for the task in hand, but encouraged to think of this weakness as a form of superior virtue. It’s the literary equivalent of us having to put up with Alan ‘the lad done good’ Shearer on Match of the Day just because once upon a time he hoofed the ball around the pitch a bit himself too, and what a fine and subtle specimen of a pundit this made him, as we know.

I have always admired writing that combines high and low registers, that can move from discussing Geulincx’s theory of Occasionalism on one page to a fart gag on the next. But Paterson needs practice at one end of this scale much more than at the other. We’ve now established that he can do the blokey knockabout stuff. Perhaps he could be encouraged to take some time off, go read a few more critical essays, and pick up some tips? Or better again, he might be encouraged to go and read the simply outstanding book on Shakespeare published a while ago and which has conspicuously not been reviewed in the newspapers falling over themselves to notice Paterson’s: I mean Neil Corcoran’s Shakespeare and the Modern Poet, which I would describe as one of the best slices of critical prose I have read in a long time (I have written about it for the Edinburgh Review, so will forbear from saying any more about it here). There are many reasons why Corcoran does not write in textspeak in his book, I’m sure, but if his not being a poet is one of them then, once again: down with poets!
Posted by puthwuth at 13.1.11 4 comments 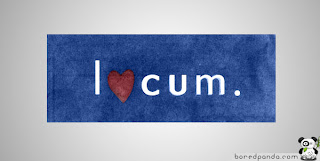 How not to design a logo. The example above is meant to read locum, by the way, in case you were wondering. The cat’s bum is also most piquant, is it not.
Posted by puthwuth at 5.1.11 0 comments 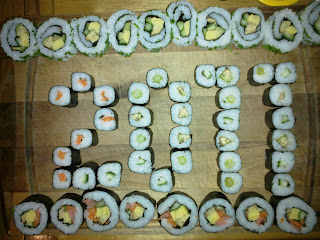 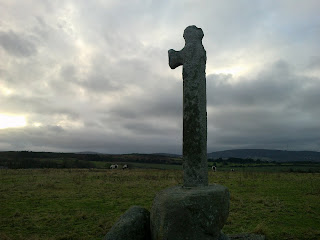 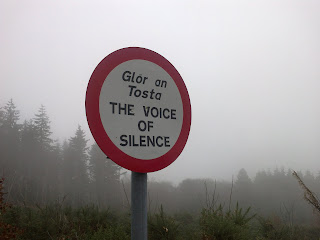