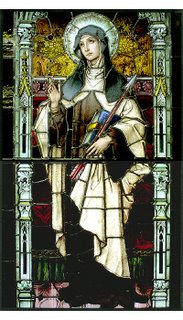 A little Cioran to get the new year underway.

'All of the philosophers together are not worth a single saint', EMC writes in Tears and Saints.

And this even though 'The saints' goodness is repulsive. It is like a sickly discoloration combined with an emasculation of being.'

And more: Francis of Assisi's 'absolute perfection' is 'unforgivable'.

And further: we are lucky that Christ died at thirty-three and not sixty, or instead of the cross 'he would have left us a volume of memoirs.'

But the best thing about the saints: 'If you don't take an interest in [God], you could end up interested in mankind. Could you fall any lower than that?'
Posted by puthwuth at 2.1.07

E.M. Cioran. Sorry, thought I'd made that clear!