His Rattle Will Make Amends 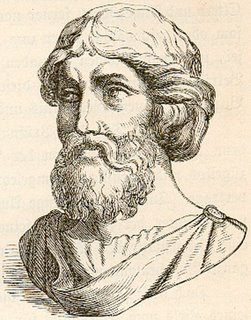 The calculation of time, I can’t help noticing, is based on the position of the earth relative to the sun using noon as a marker, when the sun is highest in the sky. The length of a second corresponds to the length of time required for 9,192,631,770 cycles of the caesium atom at zero magnetic field. However, civil time is occasionally adjusted by increments of one second to ensure that the difference between a uniform time scale defined by atomic clocks does not differ from the earth’s rotational time by more than 0.9 seconds. The second so added is termed a ‘leap second’. After UTC (co-ordinated universal time) 23:59:59, an additional second is counted at 23:59:60 before the clock jumps to 00:00:00 of the next day. When 3 to 13 September 1752 were eliminated by act of parliament to bring Britain into line with the Gregorian calendar, there were protests in the streets. How many leap seconds have come and gone since then and what have we done with them? I feel I ought to account for myself.

Next: taking the bottom A on a piano tune twelve perfect fifths to the top, or tune seven perfect octaves. The results are not quite the same: a tiny difference is detectible between the two, known as the ‘Pythagoras comma’. Piano-tuners cover this up by dispersing it within the interval of the fifth, in the compromise system known as ‘tempered [for ‘tampered’] tuning’. Without it the octave system, whereby A in one octave corresponds to A in all the others, would be impossible. Scarlatti knew all about this, which is one reason why he sticks so rigidly to certain keys (not much Scarlatti in G flat). Yet careful comparison of apparently identical intervals on the piano, e.g. B – F sharp, B flat – F, reveals the giveaway traces, the fingerprints of the Pythagoras comma. Because they’re not the same, are they? No. On the harpsichord D sharp and E flat were separate keys. Not to speak of the proper A of international concert pitch, with 440 double vibrations per second, and the wandering star of its baroque equivalents. Discrepancies, discrepancies.

We live not only in sounds but in the notations of sounds, we live not only in time but in the notation of time. Yet both would appear to be wrong, very rightly wrong. Do something about this. Do it right now. I bring a tuning fork down hard on the table just as the clock radio flicks to midnight. The interval between us I hereby declare perfect.
Posted by puthwuth at 3.1.07