The Hordes of the Old Plunderer 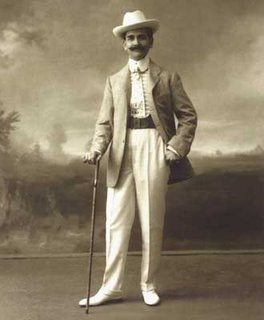 The gloriously barmy Raymound Roussel explaining in How I Wrote Certain of My Books, well, how he wrote certain of his books: 'I chose two similar words. For example billiards and pilliards (looters). Then I added to them words similar but taken in two different directions, and I obtained two almost identical sentences thus. The two sentences found, it was a question of writing a tale which could start with the first and finish by the second. Amplifying the process then, I sought new words reporting to the word billiards, always to take them in a different direction than that which was presented first of all, and that provided me each time with a creation, moreover. The process evolved/moved and I was led to take an unspecified sentence, whose images I drew by dislocating it [...] For example, Les lettres du blanc sur les bandes du vieux billard/The white letters on the cushions of the old billiard table… must somehow reach the phrase, …les lettres du blanc sur les bandes du vieux pillard/letters [written by] a white man about the hordes of the old plunderer.'

What an absymal translation that it, by the way. It's the only one I could find, and I had to tidy it up no end. But you get the idea.

Raymond Roussel once sailed to India, came on deck to have a look, decided he'd seen enough and ordered the captain to sail for home.

Among the inventions shown off by Canterel in Roussel's novel Locus Solus: an aerial pile driver which is constructing a mosaic of teeth, a huge glass diamond filled with water in which can be found floating a dancing girl, a hairless cat, and the preserved head of Danton, and a series of eight tableaux vivants performed by eight corpses injected with 'resurrectine', a fluid that animates a recently dead body and makes it reenact the most important incidents in its life.
Posted by puthwuth at 11.2.06