The Fatal Leaning Towards Expressiveness 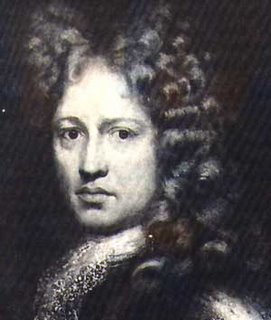 I inherit from my father my terrible teeth, from my mother my backache, and claim as my own my abominable temper. I boast on my mother’s side direct descent from Patrick Sarsfield, and on my father’s collateral ancestry with Lester Piggott. I was always such a well-behaved boy, shining at spelling: ‘e-s-c-h-s-c-h-o-l-t-z-i-a’. I stood on the grassy ridge (a sleeping giant) in Merrion Park across the way from the hospital, willing on my brother’s arrival and repeating the performance three, five years later; they have never ceased to be grateful. At the top of the hill was the new supermarket, at the bottom the school where we prayed for the cameras during the papal visit. On the school bus I gorged on the chocolates intended for Brother Horgan on the last day of term, or rather I ate the ones on top and gave him the rest, my leavings. One long-suffering goldfish aside, imaginatively christened Jaws, my childhood was petless. We kissed goodbye to our girlfriends at the last summer project disco, then saw them again the following year, as was the custom of the time. Among our terms for the pupils at the special needs school over the wall were ‘bennies’ and ‘spas’; among our terms for the local convent was the ‘Virgin Megastore’, or was that later, after the time I’m describing, I wouldn’t bet on it. Disconsolately we stood in the GAA field on our school trip to Wexford, bearded by a resident camán-wielding savage. Apparently our being from Wicklow qualified us as ‘Jackeens’: not a nice thing to be, in that part of the world. The big thick ignorant oaf.
Posted by puthwuth at 10.2.06

The temper could be from Paddy himself - the 1st slasher of Limerick. Shure wasn't if his grandad Rory who brought that devil Cromwell to our shores.

(as sung by The Wolfe Tones)

And his country, his kindred, his faith would abjure
We'll strike for old Ireland and Rory O'Moore

Oh lives there the traitor who'd shrink from the strife
Who would add to the length of his forfeited life
And his country, his kindred, his faith would abjure
No we'll strike for old Ireland and Rory O'Moore

And his country, his kindred, his faith would abjure
No we'll strike for old Ireland and Rory O'Moore

Great was Rory Og O'Moore at sending the loons to Hades.