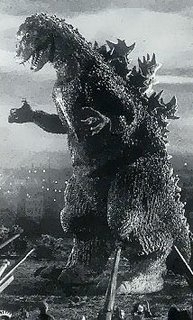 The great thing about David Icke and all his lunatic conspiracy theories about lizards is that anyone reading them might think, The world is run by a bunch of giant lizards – it's some kind of code – he means Jews, right? Except no he doesn’t – he really thinks we’re being controlled by a bunch of ENORMOUS FUCKING LIZARDS.
Posted by puthwuth at 20.2.06