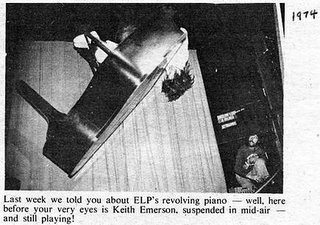 'We have even piano tuners up our sleeve', says the Unnamable, 'they strike A and hear G.'

Possibly he means the Galls, father and son, who come to 'choon the piano' in Watt.

A concert pitch A above middle C these days weighs in at 440 Hz. It hasn't always been that way: some eighteenth-century English organs were pitched as much as four semitones lower, but pitch (pitches?) began to rise through the nineteenth century, giving a much brighter
sound.

When the infant Murphy sang not 'the proper A of International Concert Pitch, with 435 double variations per second, but the double flat of this' it still had to rise the final 5 Hz agreed on at an international conference in 1939.

His rattle will make amends, as Beckett says.

The piano is doomed, Gall the younger says in Watt.

'The piano-tuner also, said the elder.

The pianist also, said the younger.'