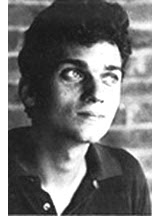 Attritional chafe,
chafe, bridle
and chafe, and periodically
a grin and tears.
Her good will

expressed itself
in a strange persistence
of affection that he
not unreasonably supposed
would last forever.

(It wasn’t to do with him,
was it?)
When it stopped,
he didn’t believe it.
He didn’t know what to do.
From ‘End of the Pier Show’, one of seven new poems in Michael Hofmann’s Selected Poems, which makes just under one a year since Approximately Nowhere in 1999. It’s a shame. It wasn’t just the mitteleuropäisch macaronia and fearsome reviewing that placed him a cut above the rest of the New Generation photo-op set back in the mid-90s. Acedia raised to an art form, parricide as family reunion, the bizarre yet forgivable enthusiasms (Tom Paulin! Hugo Williams!), the ‘I sometimes wonder if there are any poets who “like” [poetry], and whether I would like them’ confession in Poetry. I’ve always thought the best way to express a dislike of poetry is by writing the stuff, but maybe that’s just me. ‘It’s naphtha now you’re gone’, he begins ‘Motet’, another of the new poems. That one must get the Stateside audiences wondering what it is about the North Atlantic Free Trade Agreement Hofmann misses so much. ‘Some sort of folly and exhilaration. /A caffeinated feeling of being all heart.’ If not quite the DTs, the shakes at least. ‘Refill, refill, and a spot of red-eye gravy.’ Yours for £12.99.
Posted by puthwuth at 31.1.08

Come to think of it, even though I’ve known Frank O’Hara’s “Naphtha” for, what, nigh on forty years—

I never bother’d to wonder what naphtha is. It sure makes the trucks line up in Windsor waiting to cross into the States at Detroit though. That I know!

What's wrong with Hugo Williams? I've inherited a good few of his books, a wonderful poet (with a line in black humour I'd have though you'd appreciate).