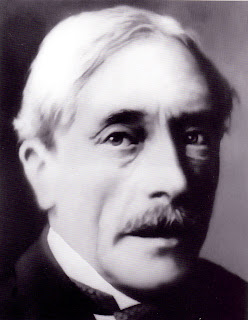 Reading the ever-excellent John Latta on Julien Gracq (dead, and still, by me, unread) on Valéry – sorry, Latta on Gracq on Valéry reminded me of Cioran’s imbroglio over the eminent Setacean, the book preface commissioned from him then rejected, only to wash up in Aveux et anathèmes. Cioran’s disdain for the Valéryseque cult of lucidity, his mania for method, his aversion to negative capability, and peremptory way with mysteries, doubts and uncertainties:

He erected into a theory and proposed as a model his very incapacity to be a poet naturally; he bound himself to a technique in order to conceal his congenital lacunae; he set – an inexpiable offence! – poetics above poetry. We can legitimately suppose that all his theses would be quite different had be been capable of producing a less elaborated oeuvre. He promoted the Difficult out of impotence: all his requirements are those of an artist and not of a poet.

Cioran sniffs a rat in Valéry’s infatuation with mathematics. Valéry once confessed to a friend that he had failed to become a navel cadet because of an ‘absolute incomprehension of the mathematical sciences. I didn’t understand one iota!’ ‘Rigour of form, and not of substance’, huffs Cioran. ‘Who knows if Molière has not cost us a Shakespeare, in casting such ridicule upon les précieux?’ worries Valéry (think of Stendhal and the nineteenth-century Racine v. Shakespeare debate); ‘the galley slave of Nuance’, Cioran snaps back. Remind me, the poem must resist the intelligence how successfully? Cioran: ‘Now, language must resist; if it yields, it capitulates utterly to the whims of a prestidigitator, resolves into a series of pirouettes and trouvailles in which it constantly triumphs over and divides against itself, to the point of annihilation.’ ‘One would lose courage if one were not sustained by false ideas’, said Fontanelle, but Valéry’s courage is never in doubt. Notorious early riser that he was, his thoughts fairly moo to their attendant to come milk them each morning: getting there at dawn may already be too late. How different the Cahiers, that life-long love letter to his own mind, would be if he could just have been a late riser instead, an after-midday riser even. ‘His entire poetics, what is it but the apotheosis of consciousness? (…) The effort to define oneself, to bear down upon one’s own mental operations, Valéry took for true knowledge. But to know oneself is not to know, or rather is only a variety of knowing.’ (Consider on Blake as one of the ‘ghastly knowers.’) ‘Valéry always confused knowledge and clear-sightedness.’

Benjamin on Valéry in 1931: ‘However human Monsieur Teste feels himself to be, he has taken to heart Valéry’s aperçu that the most important ideas are those that contradict our feelings.’ Again with the overcoming. Consider Valéry on prosody, and contra Cioran a nod to the necessarily resistant artistic matériel: ‘The strict requirements of prosody are the artistic device which confers on natural speech the qualities of a resistant material that is alien to our soul and remains deaf to our desires.’ But, Cioran might say, it gives in soon enough, and as Benjamin notes too, in an unspeakably vulgar lowering of the Testian tone, the intélligence pure that Valéry hails is ‘after all, identical with the intelligence under whose aegis the European bourgeoisie embarked on its voyages of conquest in the Age of Discovery.’ Valéry’s is, more than any other modern poet, the intelligence of the conqueror. And since I mentioned Derek Mahon in my last post, here’s the last stanza of his Englishing of ‘Le cimètiere marin’. I notice ‘Il faut tenter de vivre’ has become something quite other here, but perhaps the French line proved a little too… resistant to a direct equivalent:

The wind rises; it’s time to start. A vast breeze
opens and shuts the notebook on my knees.
Uproarious waves explode among the rocks
flashing; fly off, then, my sun-dazzled pages
and break, waves, break up with ecstatic surges
this shifting surface where the spinnaker flocks!