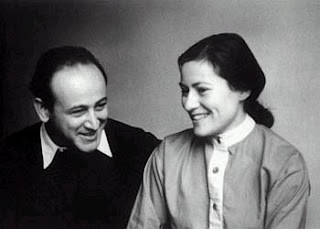 Celan and Adorno, as described in Lorenz Jäger’s Adorno: A Political Biography. In 1959 Celan speaks of having hoped to meet (but in the event missing) Adorno in the Nietzschean locale of Sils Maria, ‘Herr Prof. Adorno’, as he calls him, ‘who I thought was a Jew.’ This prompted apparently by his suspicion of Adorno’s motives in dropping the paternal Wiesengrund from his name (though he himself had of course changed his name, anagrammatically, from Ancel).

And then there is Adorno’s ‘to write a poem after Auschwitz is barbaric’ ukase, which didn’t go at all well with the poet of Todesfuge. ‘What sort of idea of a “poem” is being implied here? The arrogance of the man who hypothetically and speculatively has the audacity to observe or report on Auschwitz from the perspective of nightingales and song thrushes.’

Celan’s paranoia-fuelled woes in later life. Michael Hamburger describes an anonymous TLS reviewer construing Celan’s German coinage ichten as a positive counterpart to vernichten (to annihilate), when it was in fact intended as an inflection on ich, ‘ied’. No amount of denials from Hamburger when the pair met would persuade Celan that he was not the reviewer.

Much worse was the Iwan Goll fiasco, and Celan’s hounding over plagiarism accusations by Goll’s widow, which drove him to violence and despair. He came to associate Adorno with his persecutors, and codes a reference to him into the lines ‘nicht / ab-, nein wiesen- /gründig, /schreiben sie, die /Aber-Maligen, dich /vor /die /Messer’ (‘Not cryptically, no as Wiesengrund, they, the revenants, write you before the knives.’)
Adorno called him ‘the most important contemporary representative of German hermetic poetry’. ‘Ganz und gar nicht hermetisch’ (‘absolutely not hermetic’), Celan wrote in an inscription for Michael Hamburger. 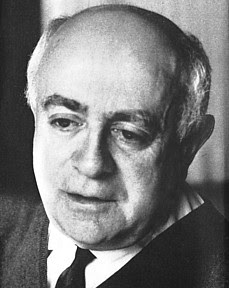 Tsk! Tis but a doodle.

Ancel? Didn't know that. But then, until a week ago, I presumed Celan was French.

He was from Bukovina, which was then a German-speaking area of Romania, and is now (I think) in Ukraine.