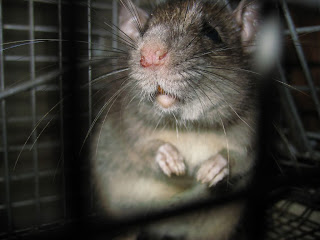 André Bosquet may have been what the French call a pisseur de copie, between his seventeen novels and 1500 pages of poetry, but his 1988 New Directions selected, No Matter No Fact is a slim affair, its gravitas bulked out somewhat by the inclusion of photographs of Bosquet with Saint-John Perse, Carl Sandburg, Man Ray and Dorothea Tanning… Why the idea of prefacing books with portraits of their authors in the company of famous people has never caught on I don’t know. Beckett translated six of Bosquet’s poems, perhaps as a favour in return for not having to be in one of these terrible photos. Only one appears in Poems 1930-1989, ‘Fresh Sighs for Sale’, but there are some fine things in the other five too. Here’s one I particularly like, ‘Now that he has drained’:

Now that he has drained
the cask of fancy dry
reality has him plagued
like a bubo-stricken rat.
No oak but turns
to coffin at his touch,
no waters scanned
but summon to their bed.
All he has left is the absolute
or the odd fly at evening
to tear from its wings.

I know the words ‘fish’, ‘shoot’ and ‘barrel’ spring a bit too easily to mind where the Calder edition of Poems 1930-1989 is concerned, but looking it up again I notice that by the time its title has reached the notes at the back of the book ‘Fresh Sighs for Sale’ has become ‘No Sighs for Sale’. Ochone, in that Irish word Beckett used in ‘Antipepsis’, ochone ochone o.