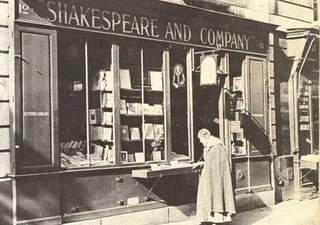 'the whole misery diagnosed undiagnosed misdiagnosed', Beckett calls the panoply of human suffering in the poem 'Ooftish'. Some diseases in Beckett:

1) Acathisia. The inability to sit down. Cooper's in Murphy is 'deep-seated and of long standing.'
2) Duck's disease, otherwise panpygoptosis. Afflicts Rosie Dew, also in Murphy, grotesquely distending her backside.
3) Bright's disease and Graves' disease. As featured in Murphy's horoscope. The latter should be Graves's disease. Christopher Ricks notices this mistake in Beckett's Dying Words, but from the page references he gives I can only presume he is quoting from the original, i.e. 1938 Routledge edition, average price on Abebooks £3500. Makes you sick, doesn't it, though not with Graves's disease. Graves's disease can lead to endogenous hyperthyroidism, tachycardia and nervous excitability. Bright's disease affects the kidneys and wreaks havoc with your pee.
4) Ectropion. A rolling outwards of the eyelids, as suffered by Murphy's Mr Endon.
5) Korsakoff syndrome. Paralysis of eye movements, ataxia and mental confusion. Still in the MMM we find 'a hypomanic teaching slosh to a Korsakoff's syndrome.'
7) Dupuytren's contracture. Affects the hands. Beckett suffered from this in old age. There is a Rue Dupuytren down the road from the Hôtel Trianon on the Rue de Vaugirard, where Beckett wrote Dream. Shakespeare & Co. opened there in 1919 before moving to its better-known site on Rue de l'Odéon. 'A''s hands in Catastrophe are 'crippled' with 'fibrous degeneration'.
8) Haemophilia. An exclusively male disorder but 'not in this work', according to a footnote in Watt explaining its prevalence among female members of the Lynch clan.
9) 'cancer angina it is all one to us /cough up your T.B. don't be stingy', the illness-ridden 'Ooftish' (again) invites.
10) Diarrhoea is a disease but constipation isn't. Explain that one to me. The narrator of First Love spends long enough in the bathroom for his family to empty his room, but having described all the symptoms of his constipation asks 'Or am I confusing it with diarrhoea?'
Posted by puthwuth at 21.3.06