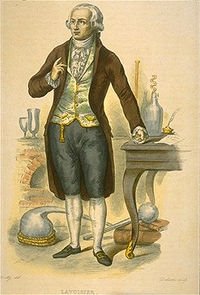 Discussion in today's Guardian of whether a severed head can remain conscious.

Sentenced to death after the French revolution, Antoine Lavoisier arranged to have his severed head picked up and the number of blinks he made counted. He got to between fifteen and twenty.

Surrealist refusenik Georges Bataille and some like-minded friends founded a society called Acéphale, which they hoped to get started with a good old Jacobinical head-hacking. Lots of them volunteered to be the victim, but no one wanted to be the hacker.

In the Russian town of Samara recently (and wasn't that the name of the evil girl in Ring?) someone who complained to the police about being roughed up by a local heavy was abducted and brought to a wood, where we was forced to witness another heavy behead an Uzbek illegal immigrant, then made to do the same to another Uzbek, the idea being that this might discourage any further trips to the police. He has not been charged with murder.

The only cheerful beheading story I can think of is that of Mike the headless chicken. Mike lived in Fruita, Colorado, and one September day in 1945 was about to become dinner. Off came Mike's head, but (adopts reassuring voiceover style) Mike forgot to die. He appeared entirely oblivious of his headlessness, even attempting to preen his feathers with his absent beak. He became a fairground attraction and died some time in 1947 of an accidental mucus build-up in his opening.

He is commemorated in his home town each 17 May with a 'Mike the the Headless Chicken Day'.