Intermittent Drizzle of the Pock-Marked Inanity 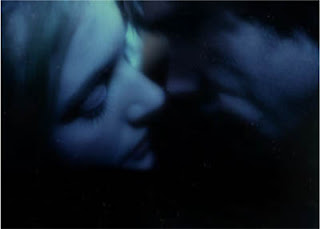 What youthful mother, a shape upon her lap

Honey of generation had betrayed,

And that must sleep, shriek, struggle to escape

As recollection or the drug decide,

Would think her Son, did she but see that shape

With sixty or more winters on its head,

A compensation for the pang of his birth,

Or the uncertainty of his setting forth?

– as Yeats said. Or, to update him ever so slightly, what girlfriend, could she but see in advance what a chronic waste of skin you are, would ever agree to go with you in the first place? Only someone who knew and didn’t mind what a waste of skin you are, which is probably even worse than no one. Because nothing would ever be worth doing if only we could see in advance what an enormous cock-up it was going to be. Which brings me to Eternal Sunshine of the Spotless Mind, the only film I can think of whose title is an iambic pentameter (of Alexander Pope’s). Two characters have a relationship that fails, then each have a ‘memory-wipe’, meet up and flirt, discover by accident about their previous relationship, feel perplexed, angry and bad about it, but go ahead with their second attempt anyway. The memory-wipe stuff is all irrelevant, in other words. Because when it comes to memory-wiping, they do it perfectly well for themselves. Even knowing what they do now, they remain completely unsuited. She is a mouthy ditz with ridiculous hair, he is an uptight freak. Her drinking will get on his nerves, they’ll have another row and she’ll move out, again. It’s not that they haven’t learned from the unique perspective they have on their past mistakes: they have learned their mistakes, so well that they can now repeat them exactly, to paraphrase Sir Arthur Streeb-Greeling. In other words what the second chance unique to this film tells us is not that, short of someone inventing this memory wipe thingy, there are no second chances, but that, much more seriously, there are no first chances either.