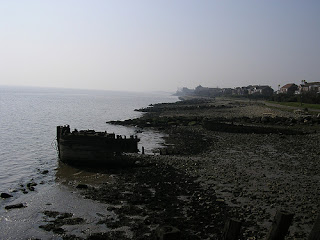 Gödel's incompleteness theorem probably gets bandied about too much by people with minimal scientific knowledge (people like me in other words), but as a post-it note reminder of the usefulness of not assuming you have all the answers, it has its uses.

Within any self-consistent axiomatic system, it states, there will be true propositions that cannot be proved from the axioms underpinning that system. They can only be proved by moving beyond the system.

Consider some of its literary applications. Peter Riley, I think, has been doing just that. The Chicago Review, enterprising journal that it is, has just devoted an issue to British poetry, mainly of the linguistically innovative kind, and including a review by John Wilkinson of someone called Simon Jarvis. As anyone who reads any amount of the stuff will know, there is a deeply ingrained culture of Adorno-reading, Gonville and Caius-attending, heathen-smiting, negative dialectical messianism in fringe British poetry, and reading Wilkinson's review has moved Riley to declare enough already.

For Wilkinson as for most other commentators on the forward side of things, to speak of poetical virtue is to speak of political virtue, there is no distinction. Poems and poetical thinking are politically good or they have no good in them. I guess we are used to that these days. The one big claim left to the poem, that it (rather “somehow”) holds the answer or counter to political harm by occulted inference. It’s more alarming to notice that in this particularly fervent British version the contrary also holds: political virtue can only be poetical virtue. “Aesthetically-founded politics” (which involves more than poetry of course, but): only the (poet) is qualified to be a politician. It is not just that the poet “knows better” than the working politician, indeed I don’t think that claim is made, but that only the poet has the spirit to inhabit the sphere of total oppositional negation which is the only political register to be tolerated. Doesn’t this mean that in a sense there is actually a withdrawal from politics, from the politics that happens and can happen into one that can’t possibly? An understanding of how politics works and how amelioration can be wrought through the science of it, of what the mechanisms are and so of what could be done – all this would be beneath us? To assume that you can go straight from aesthetics to ethics is worrying enough, but aren’t the two here fused into one substance?

One axiomatic system Gödel had trouble moving beyond was his belief that people were trying to poison him. The only cooking he would eat was his wife's. Even his own he wouldn't touch. When she had to go into hospital he refused to eat, wasted away and died.