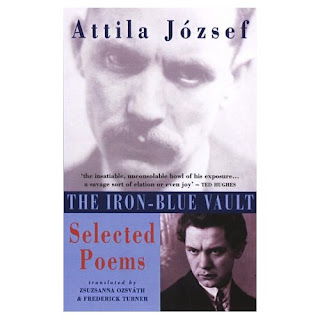 Thanks to Mark for his thoughtful reply to my post on Les Murray. This is an anonymous blog, in the sense that no one of this name has a driver’s licence or bank account, rather than anything more glamorously cloak and dagger, so I’m probably better off keeping a leash on my instinct to compose long rants about what I really think of poet x, y, or z. As a long-time Silliman reader, what I can abide least about the whole School of Quietude manoeuvre is the combination of ignorance – ‘I don’t need to read this stuff, I know all about it in advance’ – and superiority complex – ‘and I’m a better person than you for not reading it’. So even though (this is where the pettiness I signalled above comes in) I… am not really a Heaney fan… do not really… rate him… as such a great writer… I’m probably better off just not bringing the subject up, not that it occurs to me to, most of the time. (Hopkins to Bridges: 'Do you know, a horrible thing has happened to me. I have begun to doubt Tennyson.')

But Mark’s comments about Heaney-bashers and my passing flight of introspection on the subject prompts the following suggestions for forms of critical pettiness. The following, I submit, are silly and wrong things to find yourself doing, as a critic.

1) Coming back for more having kicked someone’s previous book to death. You’re tacitly confessing you didn’t finish the job the first time round. That or you’re secretly in love with your victim.

2) Listing all the prizes your victim has won, in the midst of your hatchet job on him/her. It only makes you look petty, even if all the prizes are completely unearned.

3) Only writing about Irish poetry, let’s say, since Heaney is in the air, and expecting to be taken seriously as a poetry critic. Whatever about Heaney, I’ve no compunction in putting the boot into Heaney criticism, which has to be some of the most almighty dross around, like a road accident between a postcolonial studies seminar and a St Patrick's day parade. As I type I’m looking at a book on Heaney whose bibliography listings for Jacques Derrida run to a page and a half and whose index does not mention Longley, or Muldoon even once. Call this stuff what you want, but criticism it is not.

4) Pace my comments on Silliman above, using the word ‘quiet’ as a chuck-a-dog-a-bone term of praise. ‘Despite their general uselessness, X’s poems work their quietly effective magic…’ What other words, ‘trusted’, ‘respected’, ‘life-affirming’ (gulp…)?

5) This is related to item 3. Let me call it the genealogical heresy. Nick Laird’s second book has been reviewed a lot lately, and its critics have carefully gone about placing him in the Longley-Muldoon-Paulin line. Why? Why not place him in the Ronsard-Supervielle-Mayakovsky line? Why does criticism have to be about us, who we are, where we start from, and where we’re meant to end up, here? As well as being related to, I notice this one slightly contradicts item 3. Too bad!

6) Don’t pick on one corner of the poetry market, stick to reviewing it, and pretend the rest doesn’t exist. When I read William Logan, I wonder – where are the reviews of small press titles? As a critic who routinely breaks suggestion 1 may be a very brave reviewer, but I’m left wondering why, if the new Jorie Graham or Louise Glück books aren’t much cop, he can’t just go and find something interesting to review instead. He should do.

That’s enough stupid suggestions for reviewers. I was reading Attila József the other evening, his poem and review of Mihaly Babits, a good writer and one who’d done him no harm, and whom he decided to savage for no apparent reason, an attack that did József himself lots of damage:

Yapping jackal, croaking raven,
shamed, the prince of sneers
blurts his song, the filthy craven,
master but of years…

Why did he do it? What did he think he was doing? Critic as idiot (non-)savant kamikaze. Critic as trusted, respected, life-affirming kamikaze, even. But still not bland.
Posted by puthwuth at 8.10.07