Glyn Morrow of York, I Salute You 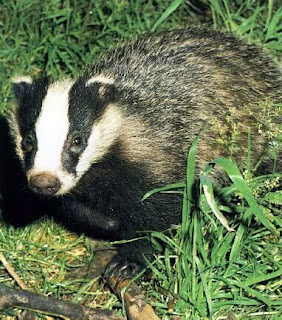 Glyn Morrow of York, I salute you. Writing to the Guardian’s Notes and Queries page today, in answer to the question ‘Is a dead badger still a badger?’, you rip to pieces the bubble-wrap that has for too long shrouded philosophical discussions of language in its prophylactic of shame. As you write:

A badger was never really a ‘badger’ even when alive, at least not to itself or another badger, for badgers – and iguanas, camels, ants, etc – have no human language; therefore a badger is/was only a ‘badger’ to a human. So a badger, alive or dead, exists (or not) only as a badger in an anthropomorphic universe [...] to insist it is or was a badger, blaireau, or dachs, is to miss the essence of the matter.

Badgers are not in fact badgers, nor are the blue tit and the tree it is sitting in outside my window a blue tit or a tree. They are a blue tit and a tree as so described in an unthinkingly anthropomorphic world whose language has been designed by and for humans without so much as a consultation exercise first with the badgers, blue tits and trees. Wow!

You may have got away this for going on a few millennia now, humanity, but there are going to be some changes round here, buddy, before the badgers are finished with you. You’d better believe it. Ghost of Ludwig Wittgenstein, please copy.

Poor Glyn, progged and routed from his cosy little sett in the Guardian Notes. Who'd have thought?