In the Dreariest Places 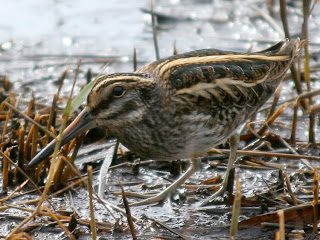 It is almost ten years now since I moved to the shipping forecast area-in-waiting that is East Yorkshire, once those rising sea-levels do the decent thing and bury my house at sea. ‘These old P.M.s are gruesome, but I often find them –’, as Krapp confesses to his tape recorder (the joys of aposiopesis), and while I’m rarely, I hope, reduced to drawing water from the fetid lagoon of my day-to-day life for material here, it might seem prissy and affected to avoid the subject altogether. So then: all in all a fairly uneventful-to-comatose ten years of my life, Teflon years, leaving no trace, but bearing the small gift of my previous investment in Ireland and the home place, all my belief in it as my natural centre of gravity, having drained away to nothing, to be replaced by also nothing, since here is hardly home, whatever home means. Here is just a place, like any other, to live, for some reason, whatever reason. And yet there are things to be said for the condition of non-attachment, if that is what I have come to inhabit. I am walking by the Humber just past the non-event of an estuary village that is Paull and thinking of one my very favourite poems John Clare’s ‘To the Snipe’:

Lover of swamps,
The quagmire overgrown
With hassock-tufts of sedge — where fear encamps
Around thy home alone

Thriving on seams
That tiny islands swell.
Just hilling from the mud and rancid streams
Suiting thy nature well -

For here thy bill,
Suited by wisdom good
Of rude unseemly length, doth delve and drill
The gelid mass for food,

And here, mayhap,
When summer suns hath dressed
The moor’s rude, desolate and spongy lap,
May hide thy mystic nest -

Mystic indeed,
For isles that ocean make
Are scarcely more secure for birds to build
Than this flag-hidden lake.

Mystic, eh? Speaking here the other week, Hilary Mantel discussed her novel Beyond Black and its psychic protagonist. Pointing out the similarity, on one level, between psychics and writers (both hear voices, both make the dead speak), she insisted that the authenticity or otherwise of her medium, Alison Hart, was not the principal issue in the book and... at that point the discussion veered off in a different direction, though not without the residue of unease it left adding to the sedimentary drift I’m collecting here. Psychics and writers are indeed alike, with the one simple distinction that psychics are nauseating frauds (cue reprise of the Dara O Briain routine about ‘bogus psychics’, as though the bogus ones were going around giving the genuine one a bad name, as if all psychics are not total frauds). But walking by the river and contemplating the array of waders in the shallows (dunlin, redshank, godwit, curlew, egrets, but no snipe that I could see), I thought yet again of my desire to – what? discover and inhabit, me too, their mystic nests? channel these creatures’ voices, speaking, like Yeats’s Cuchulain, no longer with his own voice but the voice of the birds? What am I doing if not taking advantage of their inability to answer back, to peg my precious non-attachment to these innocent birds of passage? Even as we (I) scrape the mange of ego off our (my) attempts at writing with the rusty spoon of self-mortification (Humphrey Lyttelton homage there, I think), does a deeper temptation not hove (hove!) into view, of self-extinction as a proxy for a deeper and even more pernicious form of egotism and vanity? At which point we succumb to Becket’s final temptation, in Murder in the Cathedral, of doing the right thing but for the wrong reason, and I may as well have saved myself the bother of buying those boots and binoculars and stayed down the pub.

My walks also remind me of Tim Robinson’s stopping to wonder, somewhere, about the status of the respect he accords the holy wells and tales of saints and fairies he has collected on Aran and in Connemara given his own frank avowal of atheist materialism. In what sense ‘mystic’ nest, then, I ask myself, mysticism minus religion equalling what? Emptiness, I suppose, for a start, the romance of the void, and (there is no) God knows, I’ve spent enough time wallowing in that. Reading Sebald’s The Rings of Saturn with some students the other week I drew attention to the self-parodic eternal emptiness of his landscapes, which we agreed, my students and I, formed an ideal correlative to his melancholy shouldering of the tragedies of history. But just around the corner from your empty restaurant in East Anglia, Sebald, I expostulated, there is a pub! with people! serving refreshing and intoxicating beverages! Here’s a couple of blokes called Terry and Geoff talking about today’s football and what a tosser Gordon Brown is. Now snap out of it and buy me a drink. So what do I believe in, and what am I doing with those small brown birds, I ask yet again? The short answer is nothing, given my rejection of any and all forms of religious belief, but the longer answer involves the point at which the empty landscape, the condition of non-attachment, the attempt to channel my birds, would appear to come up short against the language of mysticism. And where I part company with Sebald and his lovingly cultivated melancholia is my concern, at all costs, not to dress up the mere emptiness and dreariness of life into a form of mystique, but to snap back out of it into the deeper desolation of banal reality. There is indeed a pub around the corner full of brash and amiable drinkers talking about football. It is no betrayal of your terrible vocation of seriousness to go there. If anything, going there will remind you that it’s not all about you or even all about not-you, come to that, it’s about the work itself and how, oddball loner or bloke down the pub, it’s all the same to the work since nothing else matters but that, the work. I am entering a defence, in other words, of the dreary, the non-eventful, the aching tedium of it all, as entirely preferable things to the alternatives waiting in the wings to fill the vacuum I’m describing here, out in that wintry emptiness and dark. A real hell, or purgatory, or limbo, really is preferable to an imaginary paradise. The snipe in the reeds is not singing for you. The river spirit does not require your devotions. Writing is not religion or mysticism by proxy. Do not dress your quivering awareness of your insignificance up as some secular epiphany of the sacred-lite. Nothing is sacred. There is no spirit. There is, however, snow falling on the disused mill and the swing bridge I passed walking to the pub last night, where the landlady kindly brought me a plate of roast chestnuts, for which many thanks, again. There is a small brown bird in the reeds:

In these thy haunts
I’ve gleaned habitual love;
From the vague world where pride and folly taunts
I muse and look above.

Thy solitudes
The unbounded heaven esteems
And here my heart warms into higher moods
And dignifying dreams.

I see the sky
Smile on the meanest spot,
Giving to all that creep or walk or fly
A calm and cordial lot.

Thine teaches me
Right feelings to employ:
That in the dreariest places peace will be
A dweller and a joy.
Posted by puthwuth at 20.12.09

Labels: Mine's a neckoil thanks

I want to disagree but I can't ... honestly and beautifully written.

'And where I part company with Sebald and his lovingly cultivated melancholia is my concern, at all costs, not to dress up the mere emptiness and dreariness of life into a form of mystique, but to snap back out of it into the deeper desolation of banal reality.'

And the act of snapping back (in literature) is also, maddeningly, a form of dressing up, which, I think, is what Beckett (and Giacometti) kept whittling away at: words, wary or being words, occupying their artificial worldlets; art's 'rough-tongued bell', no matter how rough and ready, how faithfully dreary and empty, is still bonging home the illusion that art matters. I guess even existentialists need the odd little camp-fire in the wilderness (in art and in life), the pint down t'pub.

But beautifully, and yes, honestly, put (the whole essay I mean). As one who has certainly been guilty of 'the romance of the void', I welcome this. Bravo.