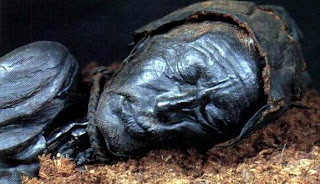 An unwonted if not unwanted flurry in the comments box when I posted on Heaney a few days back leads me to revisit that topic, no doubt unwisely. When Larkin’s letters and biography appeared in short order after his death in 1985 and Tom Paulin and others lined up to administer a critical kicking, there was a widespread feeling that an English icon was being abused. Paulin, in his wrath, spoke of ‘The sewer under the national monument’. I’ve no wish to revisit that stale controversy now, but as many of Larkin’s defenders have pointed out, he does a very poor impression of the John Bull English everyman both his detractors and admirers took him to be. And certainly, for me, Larkin is at his most interesting when seen as a poet of marginal zones, of a radical disenchantment with the very English lares and penates he is often assumed to curate. Think of ‘The Importance of Elsewhere’. But my point is this. There certainly was an Eeyorish side to Larkin, in his interviews. He frequently used them to put readers off the scent (‘Foreign poetry? No!’). And this is entirely in order, even if it does end up faning the flames of his misreaders’ indignation. Artists often attempt to finesse or dictate the terms on which they are read, leaving it up to us to fight back and read them against the grain. Think for a moment how disastrous it would be to read a poet like Geoffrey Hill in terms of the self-image he lays down. And similarly with Heaney. I was riled, I confess, by his casual reference to the ‘rooted normality’ of the major artist. So much for Rimbaud then, or Artaud or Paul Celan. But this is just Heaney covering his tracks. North is not a work of ‘rooted normality’. It is a violently eccentric take on the Northern Irish Troubles, which if taken as sociological fact would appear to offer mythic sanction for contemporary paramilitary killings. Of course it does no such thing. But if that book comes out of dark and disturbing corners of Heaney’s psyche, as it does, his public pronouncements on the subject are designed to keep his readers away from them, insisting obsessively on his ‘rooted normality’. It’s a bluff, I’m suggesting, an aesthetically necessary and self-protecting bluff, and not one we need get overly worked up about. Because interesting though the interviews with Heaney are, it is simply wrong to expect them to yield up his poems’ secrets. Art tells one story and the artist another, and we should know better than to assume the two are going to coincide.
Posted by puthwuth at 11.11.08

Two elements in Heaney's North that I admire are: a) the visual corollary to the poetry provided by the photographs and b) the transformation of a meditation on landscape into an observation of the body. It would be interesting to trace the extent to which we can visualise certain poets work through extensions into the visual arts and photography; and also to examine relationships between bodies and landscapes.

I sense that the currency of landscape as a reference has by now peaked and that in Ireland artists want to reinstate the body as a locus of representation. This process is detailed in Orpen's Holy Well painting, but it has taken decades for its significance to emerge.

Not sure why you think it unwise to revisit the topic. Anyway, I agree with your take here, about both Larkin and Heaney. Yes, it is in Larkin's marginal (or outer) zones where you find some of the most haunting images. One of my favorite poems is 'Absences', where the exhilaration of being on a ship between places derives from "...such attics cleared of me, such absences." A similar feeling, from a different perspective, in 'Livings': "Lit shelved liners / Grope like mad worlds westwards."

Regarding Heaney, as you say, 'North' is a far cry from any "rooted normality", though its strangeness IS rooted, in the landscape among other things. Remember Funeral Rites, his vision of a huge procession ("the drumming of ten thousand engines") that "drags its tail / out of The Gap of the North / as its head enters / the megalithic doorway." The idea of the cortege as a "black glacier" occurs at least twice.

I think Heaney was "making strange" from his first book. Those frogs "like mud grenades, their blunt heads farting" are as odd and unforgettable as McCaig's "...that fall without / parachutes, that die / like Italian tenors."