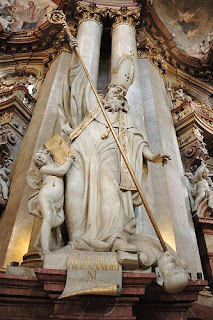 Typeface matters. I could publish a pizza menu in Jannon Text Moderne and still manage a modicum of plausibility, whereas a proof of Fermat’s last theorem in Courier would surely have mathematicians averting their gaze in disgust.

Justin Quinn’s The Months is in Jannon Text Moderne and comprises twelve sonnets by way of a tilly, or thirteen poems, since we get one of them twice, in Petr Borkovec’s Czech (‘Lido di Dante v listopadu’) and then Justin’s English:

You won’t swap lovers round here any more –
in high heels or without – not in these woods,
not if you searched until your legs were sore.

The footprints gone. The trunks are wet and soft
against which - openly – you laid those gods.
The show is over. The lizards have slid off.

The poet begins with a walk to an island, a child on his shoulders:

I skate and veer
out to the small island,
saddled on my shoulders

riding the troughs and rollers
is a child, tiny and silent,
carried over from last year.

Two Goyaesque churls knock the bejaysus out of each other in no. 2, until ‘After an hour or so the fighting ends /and they shake hands like colleagues or old friends.’

What makes Justin’s sonnets so rewarding, among other things, is their kinetic quality. The variation between run-on and end-stopped lines, the quality of the rhymes, the eye for a reversed foot (that sounds like one of the nastier ordinances from Leviticus, doesn’t it, reserved for eaters of shellfish or women who menstruate on a Tuesday), sorry, the eye for a reversed foot at just the right moment: these he does incomparably well.

No. 3 is a song of ‘hardly’ exile: ‘And in the dark, at home and hardly exiled, /I sing in Englished Irish to my child.’

I could go on, but am reminded of the joke about Rudolf Hess in Spandau, losing a leg, then the other leg, then an arm etc., until a camp guard works it out: he’s trying to escape! I’d only end up quoting the whole thing, in other words.

The Edward Thomas connection is pass-remarkable, as the poet wanders the Bohemian hills and goes a-gathering simples for the dinner table (he is an excellent cook). The closing image is one of overflowing Horatian plenitude:

Outside the trees and mountains disappear
in darkness. I place the stew on the table.
This is a good way to end the year.

There is a beautiful cover illustration by Tereza Límanová. I wonder if the black disk is meant to be the sun or moon. Or possibly both.

Scarcely anyone I know has done more, or better, in poetry and prose in the last fifteen years, and here is more again. This is certainly not more than enough, because there’s always some more just down the line, but it’s also certainly plenty.

Image shows St Cyril taking time off from the invention of the Glagolithic script to conduct an inter-faith initiative with a Bogomil or some other local heathen, in St Nicholas’ Church in sublime Malá Strana.
Posted by puthwuth at 28.4.09