What is a Minor Poet? 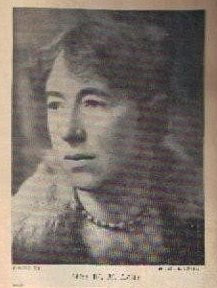 What is a minor poet? I did an edition of James Clarence Mangan a few years ago, a poet I love, but a minor poet, undeniably so. I bring this up because Moynagh Sullivan’s contribution to Irish Poetry After Feminism dwells extensively on Patrick Crotty’s treatment of minor women poets of the post-Revival period in his long essay in the Cambridge History of Irish Literature. Ethna Carbery and Alice Milligan, to Crotty, are ‘predictable propagandists’, and Nora Hopper Chesson is ‘something of an historical oddity’, and so on. There are plenty of dud male poets from the period too, but for Sullivan ‘although often found “anaemic”, “vatic” and “lifeless” they still manage to become “memorable” in some way because of a biographical detail, anomalous subject matter, some striking lines, or because they anticipate somebody better.’ One example of this is Crotty’s treatment of Brian Coffey, whom he fairly slaughters, but whom Sullivan sees him as treating in some small way better than those women I mentioned above, since at least he anticipates the more interesting work of his friend Beckett. Whereas by contrast the ‘quite wonderful’ (Sullivan’s words) Winifred Letts is totally dismissed.

Here’s a sample Letts poem for your consideration, and mine too, since I’d never read her before coming across her name in this essay. It’s a jaunty piece of doggerel called ‘The Connaught Rangers’:

I saw the Connaught Rangers when they were passing by,
On a spring day, a good day, with gold rifts in the sky.
Themselves were marching steadily along the Liffey quay
An' I see the young proud look of them as if it were to-day!
The bright lads, the right lads, I have them in my mind,
With the green flags on their bayonets all fluttering in the wind.

A last look at old Ireland, a last good-bye maybe,
Then the gray sea, the wide sea, my grief upon the sea!
And when will they come home, says I, when will they see once more
The dear blue hills of Wicklow and Wexford's dim gray shore?
The brave lads of Ireland, no better lads you'll find,
With the green flags on their bayonets all fluttering in the wind!

Three years have passed since that spring day, sad years for them and me.
Green graves there are in Serbia and in Gallipoli.
And many who went by that day along the muddy street
Will never hear the roadway ring to their triumphant feet.
But when they march before Him, God's welcome will be kind,
And the green flags on their bayonets will flutter in the wind.

It is so important, I think, to be aware of how those scare-quoted ‘standards’ (see last post) are indeed not timeless entities, but historical constructs, which have of course carried their unfair share of gender-specific ballast. It is so important to be aware of all that and not be spooked out of continuing to believe in standards (no scare-quotes), and to be able to do simple justice to the words on the page, if we still care about that, which I assume we all do. As Dennis O’Driscoll (that man again) once told someone in response to an inquiry as to what his ‘aesthetic’ was, there are good poems and there are bad poems, and he believes it is possible to tell the difference. So here goes. If we award Yeats one standard unit of major poetdom, Mangan comes in somewhere 0.1 of a poet in comparison, I would suggest, and Winifred Letts, on this evidence, somewhere under 0.01. Yeats is ten times the poet Mangan is and at least a hundred times the poet Letts is. That’s why Mangan is a significant minor poet and Letts, in comparison, is not. She is a very minor poet, the case for whom I would be as interested as anyone else to see argued, since I’m evidently very ignorant of her work. But I can only tell it as I see it, as that’s how it looks to me.
Posted by puthwuth at 15.12.08

Letts is represented in Gerald Dawe's new anthology of war poetry, Earth Voices Whispering. The first of her six poems, 'Hallow-e'en' strikes quite high, in my view; another poem 'The Deserter' sets out vigorously, but is marred by a clumsy ending, a third, 'Screens' is also strong. On this slender evidence, Letts writes from an A. E. Housman perspective, but without Housman's metaphysical heat; her emotions are brisker, but then she did work as a nurse during WWI, she she can hardly have had much leisure for grief.

On the question of ratings, I fear a John Sergeant factor threatening the Parnassian authority of the greats. Shakespeare, Milton, Wordsworth are heading for the Strictly Come Rhyming final, but they just can't shake off ________, whom the public keep voting back in.

I'm very pleased to hear it, and will certainly look out for that anthology. I don't think there's any disgrace in being a minor poet. We are all minor poets, after all, are we not.

Sean is no doubt right. Judging from the above (a drab little ballad), Letts is Houseman with several gallons of water. I never read her before either. I wondered if I could find an early Yeats poem almost as bad. I just reread a few from Crossways (Sally Gardens, To an Isle In The Water etc.) and they are already FAR better than the Letts example.

"We are all minor poets, after all, are we not."

Very likely true, but HOW minor?

Mark, you set up a challenge: to be as minor as possible; I think Beckett relished that challenge and made a very successful career out of it. Think of Krapp surveying the sales of his work: 'Seventeen copies sold, of which eleven at trade price to free circulating libraries beyond the seas. Getting known.' So let's not be distracted by those judicious notices in the pages of the Saturday supplements and keep focussed on the obscurity of 'that moment when the bird sings very close/To the music of what happens.'

I think of Randall Jarrell happily accepting an offer to speak on the obscurity of the modern poet, having suffered from it all his life.

How about minus annual sales figures as an index of minorness though? I've had that.

"How about minus annual sales figures as an index of minorness though? I've had that."

Our mutual acquaintance Anthony Glavin had that too. Though The Wrong Side of The Alps is still on shelves in bookshops, I am not sure the actual sales ever covered the initial down-payment in lieu of royalties. Peculiar, considering that he won the Kavanagh and had a good review (I think) from Edna Longley, though it got mislaid and I couldn't find it for the obit. Not producing a second book helped of course. I'm still hoping to amend that situation.

Percy, at least you HAD a publisher who kept a record of the number of copies returned by bookshops. I fear there are lower orders of minority than that.

I have to say, 'in fairness lads', that great dislaimer of quite often, staggering unfairnesess, that I was not arguing that there are not good and bad poets, because of course there are, there are many I think good, many quite dire, my own teenage and later offerings among the latter, but that I for one, cannot defend my choices as somehow bearing some recognsiable standard or universal appeal. I have shocking taste, of which I am somehow rather inordinately proud. I am sometimes moved to tears by some quite dreadful doggerel (because it calls up some powerful emotional imptrint in me but which I couldn't seek to defend or impose on all as brilliance of some sort) and am often left cold by the most skilfil of clever rhyme, and adore many whose politcs are revolting to me, and find tedious and earnest those whose politics I sympathise with ... and so on... my point was rather that whilst I have powerful responses to what seems good and bad to me, that there are interesting questions to be asked about the cultural norms dictating good and bad, (which I think Sean is agreeing with) -- I think Letts is wonderful for personal and political reasons, and, 'fair dues' (or doos?--sounds rude) my use of wonderful is without doubt misleading--a personal interjection that really shouldn't have been used if I was following my own argument to its conclusion. In the article I certainly wasn't dissing the most noble category of minor(we are all indeed, and good thanks for that, as the other Sean said, minor), but was simply drawing attention to the fact that those poets considered worthwhile by Crotty (for whom I have great admiration) by virtue of their politics should have included Letts, if those were his stated criteria and standards, as her social observations and disquiet about Belfast poverty and slum life surely should have enrolled her in at least one of his categories of politcal or social interest ... there will always be 'standards' and spirited, lively and worthwhile arguments about standards and finely discriminating allows us to be the best we can try to be in neogiating ourselves in and with others, but my interest was in seeing how arbitrarily and unfairly said standards could be and most often were applied ... many thanks for making me think further about this...