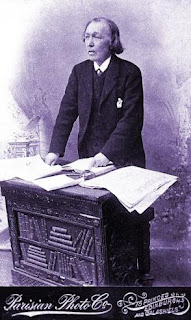 Right then, a new blogpost. Let’s get started with my work address and a brief self-reflexive commentary on what I’m hoping to achieve in this blogpost, shall we? No? And why would that be? Perhaps my head is still spinning from a bizarre journal I found in the library the other day, New Writing: the International Journal for the Practice and Theory of Creative Writing, and published by Routledge, no less. As anyone who hangs around in University English Departments may have noticed, the ‘creative writers’ who turned up for a cup of tea and a biscuit about twenty years ago never went home. Much in the fashion on John Divney at the beginning of The Third Policeman, they (ahem, we) just moved in. One of the problems with having them round the place though is working out how what they do should count as research. Do you publish critically acclaimed novels as a sideline to those charming essays you turn out for the Journal of Drummond of Hawthornden Studies? Right, we’ll have those for our REF returns, thanks. But when it comes to teaching creative writing, since there is a small but real chance that the work produced may not end up in the pages of Granta, we often find ourselves asking students to write a self-reflexive commentary wondering aloud why it is their writing is so wonderful/appalling/delete as applicable. It can seem a useful exercise. It’s a recognition of the fact that their writing is a work in progress, still a few bus stops short of its destination. But to open the aforementioned woefully named journal and find writers attempting to do it, in print, by way of a preface, seems to me not just laugh-out-loud funny but awful, and symptomatic of much that’s wrong with the institutionalisation of creative writing today. We’ve all sat through poetry readings where the reader gives an introduction longer than the poem or says something like ‘What I was trying to say was...’ So just say that and skip the rest. It’s an instant giveaway sign of artistic bad faith. In this context it signals a massive insecurity about the writing itself, since this is not something any actual writer would ever want to do (surely), and which the writer is attempting to overcome by bicycle-pumping his work full of proper academic status and respectability. But just as a rotten egg doesn’t get any sweeter if you eat all of it instead of a spoonful, bad writing is not going to get any better or any more serious if you tell me your address and what you were hoping to achieve by writing it. I suppose all this is some strange and morbid symptom of the more general meltdown of the humanities in these times we live in, but still, how depressing. Are you a writer? Excellent. Send your masterpieces to a magazine or a publisher that might eventually want to publish the work itself and not the covering letter. And do you produce research too – essays on Tennyson, books on medieval poetry, that kind of thing? Also excellent. But don’t expect to me to believe this manner of ‘what I was trying to say here’ faffing-around should be encouraged or taken seriously as writing or research.
Posted by puthwuth at 12.12.10

The whole issue is brought to a head by the requirements of UK universities to demonstrate research activity. Much of this research output, as well as the writing assignments, amounts to what George Steiner referred to as 'a grey morass'. I can't say there's much wrong with universities giving poets a chance to earn a salary for a few years when it suits them, but applying meta-economic criteria to creative output is clearly a joke.

Applying meta-economic criteria to creative output clearly a joke, yes, Sean. The humanities cannot be assessed by the same criteria as the sciences. The justification for using this blunt instrument in the past has been that *some* criterion needs to used before handing out the current buns of funding. But now there aren't even any current buns left and yet the system totters on, absurder than ever.

Current buns, indeed. Soon there'll be just the currants. And then they'll cut a few letters more and tell us what they really think of the humanities.

Meta-economic also means bums on seats. So we are encouraged to give reading figures for print, listening figures for radio and viewing figures for TV. On that basis, as I suggested in a meeting - John Grisham and JK Rowling and Katie Price beat us all, so best get them in to teach.

Current buns, eh. Ex-buns by now. How embarrassing. Nor can I edit blog comments, though I suppose I could always delete it. Stet!