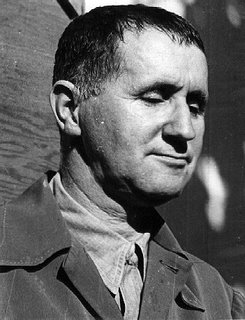 Slavoj Žižek writes to the LRB on the Lebanese war, reminding us of Brecht's Caucasian Chalk Circle, 'in which a biological mother and a stepmother are in dispute over a child and appeal to a judge. The judge takes a bit of chalk and draws a circle, then he places the baby in the middle and tells the two women that the first to pull the child out of the circle will get him. When the stepmother sees that the child is being hurt, she lets him go and, of course, the judge gives her custody, claiming that she has displayed true maternal love. One should imagine Jerusalem along these lines: whoever truly loves Jerusalem would let it go rather than see it torn apart.'
Posted by puthwuth at 12.8.06