Gigantic Near an A—hole 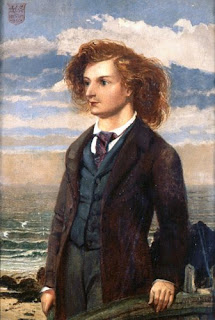 Speaking of parodies, as I was the other day, what a pleasure to stumble again on Swinburne’s parodies of the Brownings, far more readable things than any amount of Atalanta in Calydon or the algolagniac and roundel-addicted bard of Putney Hill’s other more self-consciously (which is to say humour-bypassed) decadent productions. I am also reminded, now that I mention Swinburne, of the story of George Moore dropping in on him only to find him dangling upside down naked, and descending to ask the interloping Irishman, And what the hell do you want? But how could one not fall for the four-piece suit of that Victorian punctuation (the comma tucked inside a close-bracket), the swagger stick of the double em dash prodding you to fill in those filthy gaps, the over-emphatic italics, and the outbreak of the too-rarely-seen q-word:

An academic I greatly admire recently told me about a spot of bother from a student when, in a lecture, he quoted Swinburne’s lines on the death of Oscar Wilde (‘it was for sinners such as this, /That Hell was created bottomless’), suggesting that all that anti-Christian posturing must have enjoined a refusal to (wait for it, wait for it) turn the other cheek. But the parodies get better than the one I just quoted. How about this:

‘There is no c——,’ the b—— saith,
But none, ‘There is no bottom’;
And Paphos oft, with bated breath,
Will use the terms of Sodom:
And what, when seen by girls in front,
Was but a lank limp tassel,
Becomes, though puny near a c——,
Gigantic near an a—hole.

The last two lines here remind me of the joke about Winston Churchill taking a pee in the House of Commons gents’ when Clement Attlee walks in and stands beside him. Churchill begins to edge away nervously. What’s the matter Winston?, Attlee asks, What have I done to you now? Nothing, Churchill answers, but it’s just that whenever you see anything big you want to nationalize it.

That’s a very tenuous segue, I now realize, but I never yet saw an invitation to lower the tone I couldn’t take and run with. Anyone with bawdy parodies of their own or smutty jokes triggered by reading bawdy parodies, into the comment stream with them, please.
Posted by puthwuth at 26.2.10 2 comments 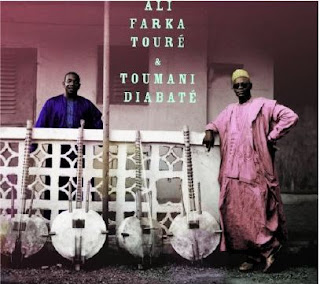 First son who has never been matched,

thank you for what never ends, yes! 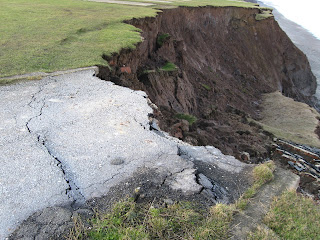 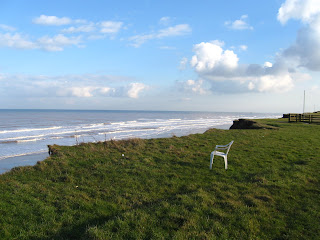 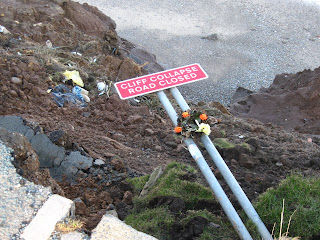 The Lads Were Really Up For It 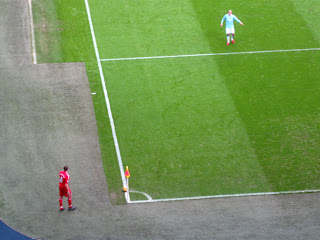 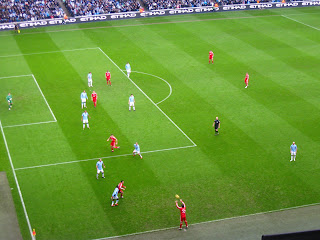 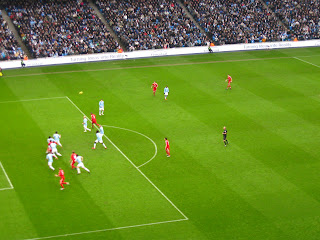 Meditation at Lagunitas, with Bacardi Breezers 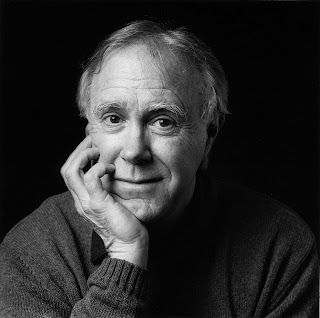 Carcanet have revisited the 1979 anthology Five American Poets thirty-one years on, and a peculiar assembly they make now, as they did then, Robert Hass, John Matthias, James McMichael, John Peck and Robert Pinsky. The presence at the outset of the book of Hass’s ‘Meditation at Lagunitas’ though, reminds me, again, of that poem’s almost totemic representativeness, as short lyric poems go. It also reminds me how much that poem embodies so much about a certain kind of lyric poem that I find, well, hard to stomach. Here in parody form is an attempt at explaining why. Hass:

There was a woman
I made love to and I remembered how, holding
her small shoulders in my hands sometimes,
I felt a violent wonder at her presence
like a thirst for salt, for my childhood river
with its island willows, silly music from the pleasure boat,
muddy places where we caught the little orange-silver fish
called pumpkinseed. It hardly had to do with her.
Longing, we say, because desire is full
of endless distances. I must have been the same to her.
But I remember so much, the way her hands dismantled bread,
the thing her father said that hurt her, what
she dreamed.

And my parody rewrite:

There was a woman
I met down the pub and I remembered how, holding
her garish tattoos in my hands sometimes,
I felt a nauseous boredom at her presence
like a thirst for Bacardi breezers, for my childhood clone town
with its pound shops, hospital radio from the cancer ward,
muddy places where we caught the little shit-eating flatfish
called spunkbubble. It hardly had to do with her.
Longing, we say, because desire is full
of endless tedium. I must have been the same to her.
But I remember so much, the way she devoured the take-away
pizza, the thing Tyson the staffie did that hurt her, what
she puked.

What I don’t like about the original is its intense atmosphere of privileged private experience. George Orwell used to intone threateningly about how some things could in fact be true even if they were in the Daily Telegraph, and if this sounds like I’m coming out in an Easthopeite or even Sillimanesque allergic reaction to Hass as quietist, I hope it’s not quite that reductive. I really dislike the paternalistic, patronising narrative framing of ‘There was a woman /I made love to’, and the litany of self-consciously sensitive associations she triggers. ‘I must have been the same to her’, we are told. How does the speaker know that? He or she is silencing the other’s perspective to speak on her behalf, but with a sanctimony and a show of benign superiority I find oleaginous and fake. ‘The thing her father said that hurt her’ is as queasy a moment as any I can think of in contemporary poetry. But consider this comparison. MacDiarmid’s ‘The Watergaw’ ends:

There was nae reek i the laverock's hoose
That nicht - an nane i mine;
But I hae thocht o that foolish licht
Ever sin syne;
An I think that mebbe at last I ken
What your look meant then.

Here again is private lyric experience. But the reader experiences this privacy as something disquieting, uncanny, alarming even. Whereas in Hass’s case we are flattered into the illusion of a shared intimacy, but one against which every fibre of my instinctive response rejects. My use of the term ‘privilege’ has nothing to do with class, since in strict fairness the woman in Hass’s poem might have been just as fond of Bacardi breezers down a grim boozer as the speaker of my parody. It has to do with a sense of self-importance and assumed readerly consent which I find, finally, repellent, and which I find utterly absent from the alarming privacies of the MacDiarmid poem. No doubt there is a dollop of terrible unfairness in this judgement of mine. But there you go. I can’t read ‘Meditation at Lagunitas’ without pulling a very sour face indeed, not just on its own account, but because of how much po-faced, prissy, bloodless, downright terrible contemporary poetry I think flows from its example. 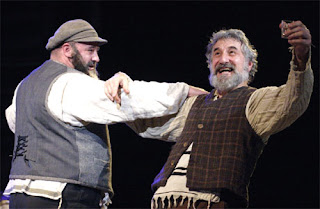 Keats and Chapman hired a gardener, one Shmuel Abramovich. It all worked out very nicely, and a dab hand he proved to be in the cabbage patch, and as for the turnips! Unrecognisable was hardly the word, from the washout of last year’s paltry crop. Soon it’d be like New Jersey in a Philip Roth novel, Keats joked. How, Chapman foolishly asked. With a rose in bloom on every corner, honk honk, came the reply. There was only one problem. Shmuel repeatedly, and in ways that seemed beyond his control, broke into Fiddler on the Roof routines, usually in response to some gardening-related stimulus. ‘Shmuel, I was thinking about the marrows for the garden fête...’, Keats would begin, only for Shmuel to launch into a rendition of ‘If I Was a Rich Man’, kicking and lurching round the garden in a most theatrical way. It got worse and worse, to the point where he was ringing in sick most days. Chapman decided that firmness was required and, noticing a climbing-plant infestation on the side of the house, made him come back to deal with it. But it was too much for Shmuel, and a half-hour of klezmer-themed song and dance routines later, the poor man keeled over and died. ‘I blame myself’, announced Chapman. ‘Don’t do that’, said Keats, ‘It was obviously a case of Poison Oi Vey’.

Off to the sunny south-west for a few days.
Posted by puthwuth at 14.2.10 1 comments 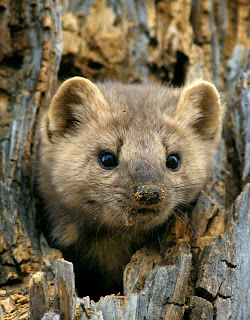 on his bib where the pine marten
stands for a moment like a man.

What colour should I turn, slipping
after him into the woods, his trail

gone cold and his scent lost
among the dead leaves and tree bark?

Elusive familiar: there is no reason
why we need meet. Will we

have so much as been here at all?
I too have never seen my own face.
Posted by puthwuth at 13.2.10 2 comments 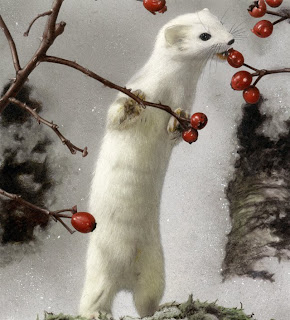 This time I have you
I tell myself pouncing
on the tip of your white
weasel’s tail in the snow
who am left with a mouthful
of wiry black hairs
and the line of your pawprints
in that white carpet
telling me where to go.
Posted by puthwuth at 7.2.10 6 comments 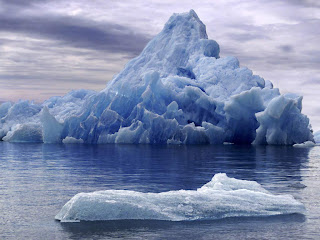 I was asked, the other week, to write something for a forthcoming anniversary issue of Icarus. Looking through the issues of that magazine I edited in 1988-9, in between squinting, grimacing, and yelping at practically everything else I contributed to the issues (which was a lot, pseudonymously), I came across this translation from Henri Michaux. What a fine poem it is, in French:

Icebergs, without parapet or girdle, where ancient
crestfallen cormorants and the souls of sailors
recently dead come lean against the hyperboreal
nights of enchantment.

Icebergs, icebergs, secular cathedrals
of eternal winter, enfurled in this planet Earth’s
calotte, all frostyfingered.
How high, how pure your brinks,
children of the chill.

Icebergs, icebergs, wantless solitaries
countries numbed in distance, beyond the vermin’s prowl.
How well I see you, original parents of the scattered islands,
the headstrong currents, how intimately you move in my mind’s arena.
Posted by puthwuth at 6.2.10 0 comments

Have You Seen This Cat? 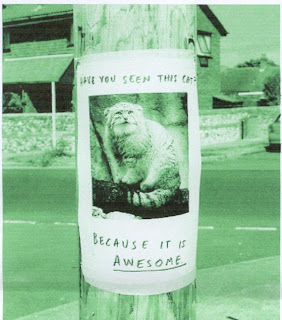 Labels: Because it is awesome 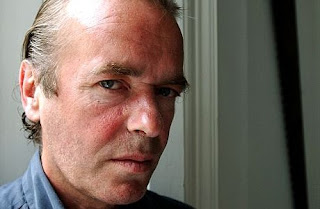