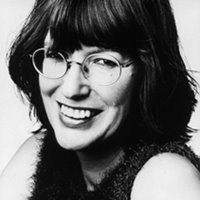 Another new BBC programme which should be a spoof but isn't (all right then, Down the Line is, I hereby confess) is Never Mind the Full Stops, a belated Lynne Truss bandwagon-jumper in which contestants attempt and fail to display functional literacy.

In the episode reviewed by Sam Wollaston in today's Guardian, former Independent on Sunday editor Janet Street Porter decided that in the following sentence:

Im confident that with all it's dart's and dominoe's player's Britain would emerge triumphant.

– the 'it's' is wrong. It's wrong because it's a plural, and should therefore read 'its''. Sorry, these quotation marks are confusing: she moved the apostrophe from before the s to after it.

Wollaston also reports that David Aaronovitch wondered aloud at one point about the 'psychological process of the person who set this for Janet and I.'

In his excellent The King's English, Kingsley Amis divides abusers of English into berks and wankers. Anyone, anyone who makes the 'for Janet and I' mistake is not just a berk and a wanker, but a coprophile and a kiddy-fiddler too. No wonder he supported the war in Iraq.

Con Houlihan used to say that a man who could misplace an apostrophe was capable of anything, and how right he was.
Posted by puthwuth at 12.5.06