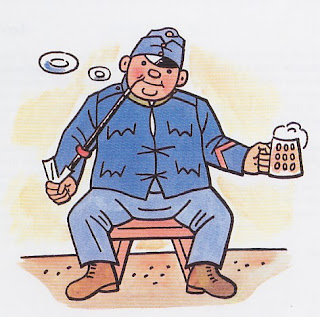 Fine poem, ‘The Hoopoe’, by Justin Quinn in today’s TLS. It begins by remembering a political murder in the Czech Republic and the assassin’s getting away it scot-free, before taking a sudden and unexpected ornithological turn:

The hitman, he gets rich
and lives beyond the scope
of the curious and the keen

much like the hoopoe which
is native throughout Europe
and nowhere to be seen.

Is it not marvellous the way he gets to the end like that without a single comma? And indeed, I’ve never seen a hoopoe, though I did spy a fine jay the other afternoon on Petřin hill in Prague, a photo of which I’ll post anon. Not the least of the pleasures of being in Prague was reading, at last, Jaroslav Hašek’s The Good Soldier Švejk, or ‘Schweik’ as my antiquated Penguin would have it. ‘He did various odd jobs as a journalist and soon became known as a comic character and a practical joker, who was fond of associating with the devotees of taverns’, runs the back-cover biography. Could it be because of their experience of being the coachmen and valets of empire that authority figures in Hašek and Hrabal (whom he resembles closely) are made to seem so innately ridiculous? What better recipe for comedy, in both authors, than success through, rather than in spite of, stupidity? How endlessly amusing characters like the ‘eminent booby’ Colonel Friedrich Klaus von Zillergut with his addiction to explaining what things such as postage stamps and windows are (‘Do you know what a ditch is? A ditch is a sort of cavity dug by a gang of labourers’), and who dies when he steps into the road to explain what a footpath is. How I laughed when the inn-keeper was hauled away for sedition for allowing flies to shit on the emperor’s portrait behind the bar, and Švejk finds himself arrested and then hauled off to a lunatic asylum for shouting ‘Long live the emperor!’ in public.

I heard a most amusing paper at the Prague James Joyce conference out there (and still going on) by Paul Fagan, applying Gricean linguistic theories to Finnegans Wake, specifically the four maxims of quantity, quality, relation and manner, failure to observe any of which leads to conversational ‘ligatures’, and the comic misunderstandings these in turn generate. But Švejk too turns the smallest conversational exchange into a Gricean ligature. ‘How long have you been working on the railway?’, he asks a worker after a Father Dougal-like moment in which a discussion of the importance of not pulling the communication cord on the train leads to, surprise surprise, the pulling of the communication cord. Then:

As the railwayman did not reply, Schweik proceeded to explain that he had known a certain Frantisek Mlicek of Uhrineves near Prague who had also pulled an emergency brake and it had so scared him that he had lost his speech for a fortnight and only recovered it when he was paying a visit to a gardener named Vanek at Hostivar, and had a fight with somewhere there. ‘That happened’, added Schweik, ‘in May, 1912’.

Or consider the exchange with his landlady on that perennial Czech theme of defenestration:

‘If you want to jump out of the window’, said Schweik, ‘go into the bedroom. I’ve opened the window for you. I wouldn’t advise you to jump out of the kitchen window, because if you did, you’d fall into the roses in the garden and squash them and then you’d have to pay for them. If you jump out of the bedroom window, you’ll land nicely on the pavement, and if you’re lucky, you’ll break your neck. If your luck’s out, you’ll just break all your ribs, arms and legs, and then it’ll cost you a pretty penny in the hospital.’

I love the knockabout picaresque fatalism of all this, the endless cock-and-bull stories, the hero’s obliviousness of all that’s going on around him, the beery sensuality and pub philosophising. This is more or less my worldview, my idea of how to spend my life writ large, I suppose, one amusing and quite possibly pointless distraction after another. And I’m still only halfway through the book. And don’t you just love Joseph Lada’s illustrations too.

If you want a good place to feel Hašekian or Hrabalaisian in Prague these days, or to maltreat yourself to your health’s contempt, as the Wake puts it (thanks Paul: your paper was fantastic), you could do a lot worse than here. I liked the dark Herold and the house Rauchbier, but stopped sadly just short of double-figures. That’s a mistake I won’t make the next time. 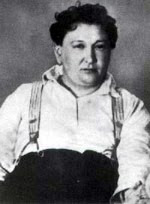