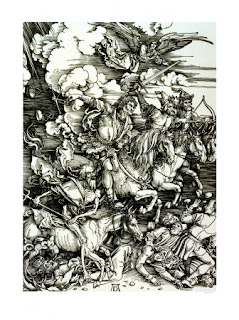 I think there is almost nothing useful to be said on this topic.

Beliefs are private. The state of belief is incommunicable. You can tell me what it is you believe, but the act of inhabiting that belief and (for the sake of argument) failing to convince me to share it – your belief, from the inside – that, to me, is incommunicable.

If I am reading I can discuss the ways in which aspects of his belief drive his use of metaphor, his sense of guilt, of divided selfhood, but do I need to share his beliefs to read him? No. Has his poetry failed if it doesn’t persuade me to share them? No.

Not that I consider Christianity a kind of literary walk-through museum, with the more orotund pieces of the Bible lying around unused until called on for some instant added poetic seriousness. Eliot cautioned us that we read the Bible for its prose style over the grave of Christianity. Wiman would appear to feel the same: ‘I think it is a grave mistake for a writer to rely on the language of a religion in which he himself does not believe.’ That accounts, I imagine, for the vast majority of Irish poets raised in the Catholic church, for whom the baggage of belief has shrunk to a harmless relic from childhood, to be filed under sociology, and trotted out for a bit of local colour but nothing deeper. He goes on: ‘To have faith in any religion is to accept at some primary level that its particular language of words and symbols says something true about reality.’ I’d have thought so. Go on. ‘One man’s anguished atheism may get him closer to God than another man’s mild piety. There is more genuine religious feeling in Philip Larkin’s godless despair and terror than there is anywhere in late Wordsworth.’

To the believer, religion is a privileged language, offering a deeper, truer, more final version of reality than any other form of expression. It trumps poetry every time. Except it also appears to do so for the non-believer, since even though Larkin thought he was giving God a fairly definitive brush-off in ‘Aubade’, Wiman insists on the religious nature of the poem. He tries to cover himself by saying ‘It’s not sufficient for Christianity to stand outside of the highest achievements of secular art and offer a kind of pitying, distancing admiration’, but when he lays it on the line the argument reaches straight for the transcendent, in terms I can only understand as religious: ‘At some point, you have to believe that the inadequacies of the words you use will be transcended by the faith with which you use them. You have to believe that poetry has some reach into reality itself – or you have to go silent.’ This just after a reminder that, if you take your religion seriously, you will adopt the ‘symbols and language of a particular religion.’ You will give it some content, in other words: the Virgin birth, original sin, the resurrection. You can’t just believe in belief, in the abstract.

So what is he saying? That if you have a religious belief it has to be a belief in something in particular, and if you believe in poetry then you have to believe in that too. Except he’s not saying that, because he presents the poet’s choice as a belief in a reality that, on his own terms, lies outside poetry and can only be meaningfully explained by religion.

Belief is better than non-belief because it leads back to a religious truth which Wiman happens to find congenial. Non-belief is accounted for as a deviant form of belief, but one whose terms remain set by it.

‘As someone with a religious belief, I locate the meaning of poetry in a belief in God, or a belief that is shadowed by God, or something like God, or his absence.’ That’s what the article says, to me. Or more simply: ‘I believe in what I believe.’ And we have now reached the stage I described at the outset: I do not share your belief, and I think the state you are describing is in fact incommunicable.