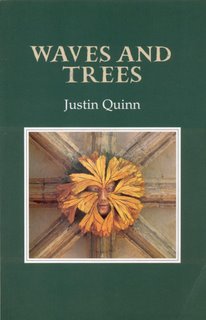 The whole baroque façade edges its way
across the windows on the facing building,
the metalworks and moudlings intensely guilded
for minutes at a time by the odd sunray...

When I read this book I think of (among other things):

Rasputin-like young waiters inclining solemnly as they bring the Chinese white tea in a secretive tea-room somewhere near the river (the Vltava I mean, I’m talking about Prague here).

The museum of modern art, a giant, beached ocean liner.

The coins I threw down a well incongruously preserved in a café on the long climb up to the castle.

Bohumil Hrabal in his cups selling the film rights to I Served the King of England to an American who’d bought him a drink, then doing so again to the next American who came in and did the same.

Melancholically civilised translations of Russian poetry into Czech, which I buy and cannot read.

The obstinate yet pleasurable survival of the white ankle-sock among female Praguers.

My views of the Jewish cemetery while taking a pee in the gents’ above the museum café beside Charles University.

A matchlit sugarcube committing death by fire in a glass of absinthe.

The clashing Celtic, Slavic, Gothic hordes of Dark Ages Europe, the armies of the Thirty Years War, all of these people inexplicably (and yet it makes perfect sense) reading the poetry of Wallace Stevens. 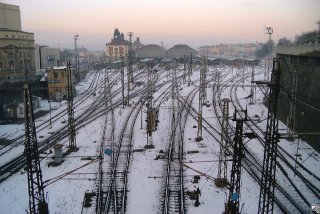