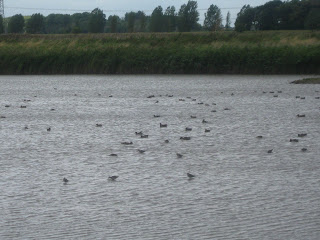 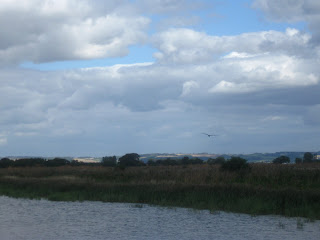 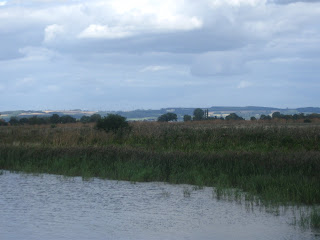 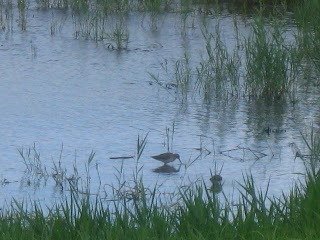 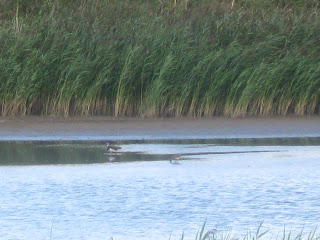 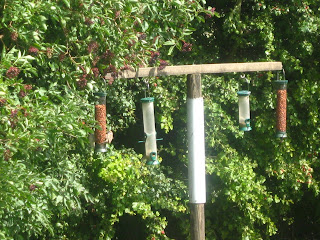 Fifth picture (I am doing this in reverse because that’s how blogger loads multiple images) shows a lapwing. Is fad ó bhaile a labhraíonn an pilibín.

Fourth shows a couple of green sandpipers lurking in the corner of a lagoon otherwise full of redshank.

Third and second pictures show a marsh harrier, to whose spectacular hovering and fly-pasts (at one point with a vole in its beak) I completely failed to do justice, as witness these pictures. The point of the third picture is to show her yellowish head, which isn’t apparent in the otherwise clearer shot. Though you’ll have to look quite carefully to see it.

And then at the top a (tries and fails to think of a collective noun) of redshank.

One of my favourite poets anyway, and perhaps my favourite to take on these estuarine outings of mine, is Johannes Bobrowski. I’ve never been to Samartia, his name for the German lands of the former East Germany and the Baltic States, but for some possibly groundless reason I think of it as full of marshes, reedbeds and waders, just like the landscape in the shots above.

The river rises
against my breast,
the voice of sand:

Clouds move over the river,
that is my voice,
snowlight over the woods,
that is my hair.
I came along
across the gloomy sky,
grass-blade in mouth, my shadow
leant on the fence, it said:
Take me back. (‘Encounter’)
Posted by puthwuth at 29.8.09