Days of the Brindled Cow/Tell Us a Joke 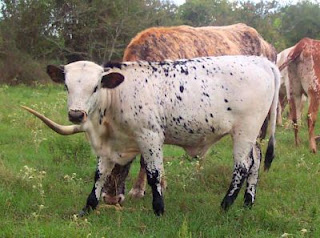 Always read the footnotes. Or so I was reminded when skimming through Donna Wong’s essay on ‘Literature and the Oral Tradition’ in the Cambridge History of Irish Literature and I came across this:

Modern Irish dictionaries often quote proverbs, and as Tomás Ó Cathasaigh has observed, Father Dinneen’s Foclóir Gaedhilge agus Béarla (1927; 2nd edn Dublin: Irish Texts Society: 1934) ‘is the only dictionary in the world with a folktale in it.’ I hand him laurels for referring me to Dinneen’s marvellous entry for riabhach, which concludes ‘laethanta na riabhche, the days of the brindled cow, .i. March; the legend is that the brindled cow complained at the dawn of April of the harshness of March, whereupon March borrowed a few days from April and these were so wet and stormy that the bó riabhach was drowned, hence March has a day more than April, and the borrowed days are called laethanta na riaibhche’, p. 893.’

This story reminds me of the joke about the surveyor working on the Polish-Russian border after the First World War who meets an old farmer and offers him the chance of deciding which of the two countries he wants to be in. He thinks about it for a while and chooses Poland since, as he says, ‘I don't think I'd be able for the Russian winters’.

And since I’m telling jokes, I wonder if anyone else noticed the story in the Guardian feature on comedy a few days back in which a comedian described reading a children’s book to a bunch of six year olds in the library, one of whom raised his hand and asked ‘Does this get good soon?’ Is it too late to change the title of this blog, to change my name to ‘Does this get good soon?’

And since not everyone reading will have seen Mock the Week last Sunday, here’s another joke, from that show. A bored teenager is sitting in a classroom whacking her malfunctioning calculator against the desk. ‘Linda! Stop that!’, her teacher shouts. ‘How would you like it if I banged you against a desk?’
Posted by puthwuth at 3.8.09

Dineen is full of wonderful, quirky fragments. If you have a copy to hand check out the reference to a 'naosc caol chosach'. Dineen used to go down to Heuston Station and put his queries to Irish speakers off the Galway train. Some of his gems presumably derive from these meetings.