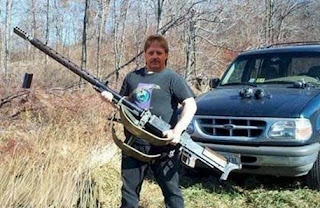 Harper’s magazine is always good value for a long-haul flight, and a piece about the Daniel Boone National Forest in the latest issue cheered up my passage over Afghanistan, Chechnya or wherever no end the other week, and in particular this audacious bid for the post of constable in McCreary county, Kentucky: