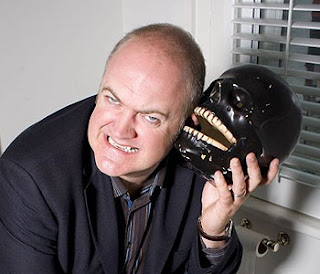 Riffing on call-centre operatives who insist on spelling out booking codes with the Alpha Bravo Charlie alphabet, he described being stumped by a woman who wanted to know if he’d just said G as in… ‘G-string’, blurted Dara. The next letter was B as in… ‘Brazilian’. Unfortunately the final letter of the booking code was V, and now that we’ve started on this chain of thought there is of course only one word in the English language beginning with V. ‘And V as in…’ ‘(Don’t say, don’t say…) Fanny!’