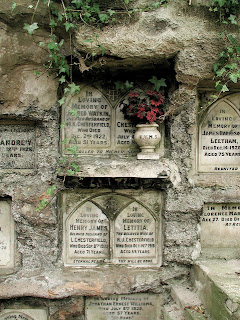 The case of former paratrooper Christopher Alder was much in the news when I moved to Hull in 2000. He had died in police custody, and the arresting officers were tried for unlawful killing, allowing him to asphyxiate without coming to his aid; the case ended in an acquittal. There was a racial dimension too, with allegations of monkey noises having been made over Alder as he lay on the floor. Now eleven years later he is in the news Bagain as we learn that the body buried under his name in Western Cemetery, on Chanterlands Avenue, is not his after all but that of a female pensioner. The possibility of an exhumation is complicated by the fact that when the plot was last opened, it was to allow the scattering of his niece’s ashes over ‘his’ coffin. I know the cemetery well, as will anyone who has seen the 1964 Monitor film of Philip Larkin briskly cycling through it. In one overgrown corner is a mass grave for the Irish victims of a Victorian cholera epidemic, in another the elaborately inscribed headstone of Captain Gravill, captain of the Diana, the ill-fated last whaler to sail out of Hull, wrecked off Greenland in 1866. Not far up the road is Northern Cemetery, in whose children’s section I have spent lugubrious half-hours inspecting the teddy bears and balloons. In fact, the necropolises of Hull are all too well known to me: the Jewish cemeteries on St Ninian’s Walk and beside the Alexandra Hotel, the overgrown and fenced-off plots of Sculcoates, the city-margins reliquaries of Eastern Cemetery and its ‘columbarium’, in which I stumbled on the grave of a bubonic plague victim, died 1916. How does a Hull teenager catch bubonic plague in 1916? A bubo is a swollen gland, but a bubo bubo is an eagle owl, that splendid creature, an example of which used to live up the road from Eastern Cemetery in the village of Paull. I imagine the complex traceries of bone that must make up eagle owl pellets. Let each bone be numbered and identified. Vole, field-mouse, shrew. Let our remains too be mourned over according to our various rites, in our various graves: inscribed, communal, mistaken, nameless, unknown.
Posted by puthwuth at 17.12.11

Hi Great blog with some entertaining and insightful posts. Just a couple of inaccuracies on this one. The officers weren't found guilty of unlawful killing. They were acquitted after a trial by jury. The Coroner's Inquest returned a verdict as a cause of death unlawful killing. The monkey noises were never proven to the satisfaction of HM Cororner or the CPS because high profile expert forensic technical evidence failed to come to a conclusion.