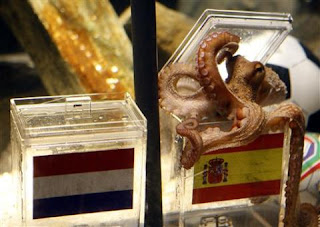 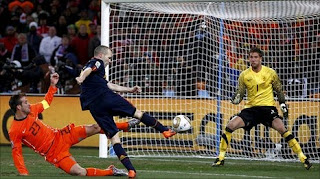 Match of the Day pundits have now spent entire month in Africa without working out how to get into the stadium right behind their bloody studio, for Christ’s sake.

Man with nice hair on bench is ‘story waiting to happen’, football-related kind of story, I’m assuming here, rather than Donald Barthelme kind of story.

Why can't we just let the octopus settle these contests, instead of putting all these fine chaps onto a field to get the shins hacked off them for 120 minutes? I believe the octopus score (food items in boxes) was also one - nil?