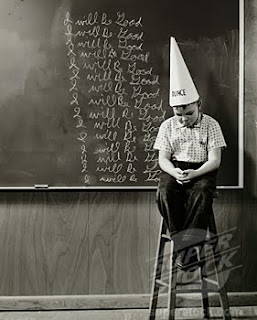 The university sector, as it exists in the minds of the people who run this country, is a fairly dysfunctional-absurdist place, in policy theory and, increasingly, thanks to the efforts of those nice people, in practical fact, and I can’t explain why any better than Stefan Collini does in his commentary piece in this week’s TLS, ‘Impact on Humanities’.

Workers in the humanities produce ‘outcomes’ of various kinds which are then graded for the purposes of conversion into funding on a five-yearly basis in the Research Assessment Exercise, as was, lately renamed the Research Excellence Framework. Among recent government bright ideas is the suggestion that research be given a 25 per cent weighting for ‘impact’ achieved, in terms of its ‘demonstrable benefits to the wider economy and society.’ Examples of these benefits could not be more crudely utilitarian, including ‘creating new businesses’, ‘commercialising new products or processes’ and other ideas copied from the minutes of the nearest photocopier salesmen’s convention. This sounds like a familiar standoff between highminded layabouts and hardnosed philistines, but more important than that is the total incoherence of these ‘indicators’, even in hardnosed philistine terms. Collini gives the example of a diligently researched edition of a Victorian poet, ‘exemplif[ying] the general values of careful scholarship and remind[ing] its readers of the qualities of responsiveness, judgement, and literary tact called upon by the best criticism’, but whose ‘impact’ (in the terms outlined above) is zero. Unless of course that Victorian poet was in the habit of burying poetry manuscripts with his dead mistresses and digging them back up again afterwards, and the bodice-ripping ITV period drama on this subject mentions the study in the credits afterwards. That, apparently, is ‘impact’.

Even if the policy represents a deliberately attempt by government to change the character of British universities (and the humanities are, I suspect, simply being flattened by a runaway tank designed for other purposes), its confusions and inadequacies should still be called to public attention. There are, after all, some straightforward conceptual mistakes involved. For example, the exercise conflates the notions of ‘impact’ and of ‘benefit’. It proposes no way of judging whether an impact is desirable [DW butts in: is it ‘impact’ if the Times covers a front-page story on my latest article in The Journal of Thomas Lovell Beddoes Studies as the single most arse-achingly tedious piece of English prose ever written?]; it assumes that if the research in question can be shown to have affected a number of poeple who are categorized as ‘outside’, then it constitutes a social benefit of that research [DW again: if I throw copies my article out the window and hit a passing schoolchild on the head, is that ‘impact’?] It also confines the notion of a ‘benefit’ to something that is deliberately aimed at and successfully achieved. Good work which has some wider influence without its authors having taken steps to bring this about is neither more nor less valuable than good work which has that influence as a result of such deliberate efforts, or indeed than good work which does not have that influence at all.

The proposals, Collini concludes, are ‘drivel’, reducing humanities academics to ‘door-to-door salesmen for vulgarized versions of their increasingly market-oriented “products”.’

Speaking as every taxpayer’s idea of the layabout academic, and someone who has never read the Times Higher Education Supplement in my life, I am, I presume, a walking embodiment of all the reasons why these barbarians are now at the gate, or inside it writing government reports. But drivel is drivel and having a large vat of it emptied over your head does not become any more pleasant an experience for your being told it was written by the people who pay your wages.

Oh, and can I put this blog on my RAE returns? Assuming I can, some customer-driven ‘impact’ in the comments, please.
Posted by puthwuth at 15.11.09

Your writing has impacted on one individual outside of higher education. As a result of reading this blogpost I have gained a greater understanding of the impact of politics on higher education:
a) I can describe in writing the principal arguments for impact up to and including level One
b) I am better able to summarise the content of the Research Assessment Exercise at ground level in an eight letter word
c) I can identify the outcomes of the Research Assessment Exercise in the field. Where the field is ringfenced and a suitable period of consolidation is encouraged the initial impact enables further groundwork to be undertaken in grass management systems, from which economic growth can develop further in the beef cattle sector.

Your writing has impacted on one individual inside the higher education system. As a result of this blog passing on the wisdom of our revered bureaucrats, pen-pushers and penny-pinchers, I have learned that:

a) Despite what I previously believed, purely metaphysical concepts ARE quantifiable.

b) Quantifiability is necessarily financial.

c) Posterity is irrelevant, as it is not immediately quantifiable.

d) Whilst the ethical codes and input of social critics, academics and writers are NOT applicable to marketing, the banking sector and business, the same cannot be said vice-versa.

I am pleased to have been enlightened.