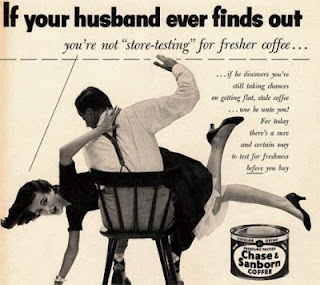 If the poet writes this spectral stuff and is a woman, what you will often get in addition are reflections on brave female figures in the past, hints at primeval contact with the earth (in Katie Donovan’s case through the use of Celtic mythological figures), quiet indignation at the way man-made representations of women were often wilful distortions of the female figure (if the poet is Irish also, this usually comes from Adrienne Rich via Eavan Boland). As ideology this is compelling. What is objectionable is that these poets are epigones, repeating the stances and insights of their forebears with minimal variation. That which was once courage and transgression is now debased, and the poetry they write is a record of imaginative cowardice.

Those who sponsor a ‘textually pure’ or formalist, and non-cultural approach to literary studies, those who are often accused of revisionism – and most obviously represented by the intellectual and artistic groups attached to Queen’s University, Belfast and to a lesser extent Trinity College, Dublin – invoke a lexicon of aesthetic defence that is steeped in a fascination with, and deep fear of woman. (...) In the light of [Patricia] Waugh’s observations, reading the traces of the Eliotic cult of (im)personality that Quinn endorses (an invalidation of autobiography, relational identities, intimacy and childhood) as well as the formalism that finds such writers lacking, it would appear that the protection of ‘standards’ implied in the dismissal of such poets involves more than monitoring poetic ‘purity’. It also involves removing the threat of assailed boundaries from the world views, themes and methodologies of such writers...

I must say at once that I cannot imagine a direct response to her essay which does not have truck with such things as aesthetic standards and poetic value. And for me, there are in fact such things; but I am in effectively denied these terms by Sullivan, who believes that cultural and gender studies have seen through them long ago.

Leontia Flynn as a poet-practitioner made the case for avoiding sisterhoods, on the reasonable basis of claiming the right to competitive relations and to difference between Irish women poets. But as Patricia Boyle Haberstroh argued long ago, behind such an eschewal of sisterly solidarity when it edges towards the requirement that women poets admit no common cause as women in poetry (...) lies the anxiety that the woman’s work will not be taken seriously as a master of the craft and visionary initiate.

‘Political correctness’ may be admirable in many contexts, but the earnest and unironic mode in which appropriate views on women are stated in [Mahon’s] later poems does not make for the best poetry. Whatever Mahon’s unease with the poem after publication, [‘First Principles’] works both formally and thematically neither because nor in spite of its surface gender politics, but by virtue of its latent, and far more complicated, political and artistic tensions.

In moving between places, the younger Irish women poets problematise the act of speaking from any one position. Their precursors are not specifically female; their textual heritage is not limited by gender or culture. In this way they create new poetic spaces where their own rules prevail.

Kirkland reminds us that that the demand to ‘attend to form’ itself claims weight as a way of thinking in which humanism (through the search for individual talent) finds itself reflected, asserting itself as a universal good while disregarding traces of its own class and/or sectarian prejudices.

What is desirable after feminism may well be a climate (or ‘political dispensation’) in which women don’t feel themselves to be anomalous, and in which their themes and forms are able to arise without being fatally overdetermined. Until such time, McGuckian’s subversive complicity with the cultural codes which impede the attainment of an idyllic neutrality make her achievement a radical and very witty one.

Boland’s mistake, for me, is to assume, first, that her at-homeness in the roles of both woman and poet will make better art than that produced out of fragmentation or exile and, second, that her success in combining these roles offers her a unique and superior point of leverage from which to lift the tragic burden of history. I simply do not believe this is true.

Read more (plus bonus track of Mahon’s otherwise unavailable ‘First Principles’, but while stocks last – only 250 copies!) here. (Note: the book description page doesn’t seem to have a unique URL for some reason: navigate your way to the title Justin Quinn (ed.), Irish Poetry After Feminism.)
Posted by puthwuth at 15.12.08

'Imaginative cowardice' is a term that can easily be applied to the canonical poets as much as to those poets who wrote from a position defined by the feminism of the day (say, back in the 80s). It seems too easy to cite the case of repetition of the past (Justin Quinn)when this is clearly what has occurred in model after model of the 'traditional' male poets. Regarding the notion of 'sisterhood', I am happy that this has long been dissolved and that a better habitat in which to write and be published exists for female poets. However, it is also clear that an unquestioned brotherhood has always existed and been taken for granted among men poets. Why is it so wrong for women to bond creatively if they feel this is necessary, and why is it so acceptable for the networking bond of male poetry to be a given in the poetry community? I try to distance myself from all this, remembering that first and foremost the art and work of poetry is what counts, and not the debates which are often - it seems to me - fuelled by little more than inter-generational rivalry and brinkmanship. Incidentally, it's clear from a recent interview in The Irish Times, that some of the younger female poets are simply unaware of the poets who preceded them by a half generation or so. Is this because they are from the North of Ireland, I wondered? Hard to say. If they are so ill-informed then they are simply compounding the failings of some of their male counterparts who, basically, cannot be bothered to read anything much written by a woman as they do not find it relevant either to their art or their lives. So, as a middle-aged female poet, let me be clear about this: the sisterhoods are gone but poets still write. The little cliques survive, however, cliques which attempt to circumscribe this or that group or its assumed style or approach.

There is a double standard, in other words? Some male poets continue to benefit from, and never question, the male bonding rituals that cement their careers, and single out the female equivalent for condemnation?

Yes, I suppose a double standard exists. The male standard of networking and managing a career in poetry is still the only model, it appears, to be taken seriously. There is - in itself - absolutely nothng wrong with this model, but alternative models can and do exist (the obvious one in Irish culture being that which was created when women writers (mainly poets) began to talk a couple of decades ago. This was exciting. I certainly found it so. Yet within it I also recognised that there were certain 'house rules' which applied, a certain Big Sister gravitas which wasn't always helpful. That being said, groupings are often messy despite their original idealism. Feminist academia in Ireland, I sometimes think, promoted only those women who shared its world view exactly, and ignored the rest. On the other hand, there wasn't anybody much else in academia keeping an eye on what women poets were producing, so some presence was better than no presence. Some academic careers are like huge ships which rip through the poetry-creating ocean and serve the careerists rather than the poetry. I am perhaps a little cynical about all this. Most poets just want to write in peace, to respond to themselves and to the world, to language, thought and feeling, and not be distracted by the h/she debates and the 'mine is better than yours' style of criticism, which is often what it all boils down to no matter what way you dress it all up. I stumbled on this site of yours by chance. As you might gather, my thoughts on all the above have been simmering long and hard and quietly.