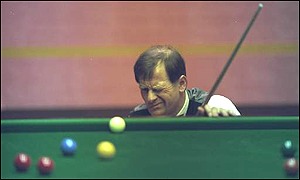 I posted to the comments stream here the other day but mistyped something and had to post a ps, because unlike the main blog the comments can’t be revised. This set me thinking about typos, about how the pen is mightier than the wrist. As the following examples remind me.

The 1631 King James Bible urged readers (Mark 7:27) to 'Go and sin on more', but personally I prefer the 'Bile Fellowship' that used to tout for business on Dublin's Pearse Street.

In Terence Brown’s book about Yeats something which, I’m going to presume, was ‘worth noting’ comes out instead as ‘worth nothing’.

There is a Les Murray poem called ‘The Genetic Universe’ which is listed in its volume contents page as ‘The Genital Universe’.

Or the ad for a Mediterranean cruise describing ‘sofas and chairs […] filled with prostate passengers seeking relief.’

Not strictly a typo, but I like the newspaper line-break that turned Paul McCartney into a ‘pop leg-end’ (insert joke about his wife here).

Do student howlers count as typos? Maybe not. Still, I like the ‘Ironic’ columns the Greek invented, according to a student of D.J. Enright (in Play Resumed). ‘They also had myths. A myth is a female moth.’ I also liked a description I once heard of the novel Langrishe, Go Down by Alex Higgins. The best one I’ve seen was a description of Webster’s The White Devil: ‘Fleeing the Turkeys, the assassins reappear dressed as Cappuccinos.’

Still, these are fairly rubbish examples. Someone else do the heavy lifting for me and post some better ones in the comments stream.
Posted by puthwuth at 12.11.06

An erratum slip inserted in my first book, Rubbing Torsos, after identifying page and line, reads:

From an undergrad essay at GMIT: in his book on the Aran Island, Singh writes...

From an undergrad essay at IADT:
Irish people were so superstitious in the 19th Century that they burned the Bridge at Cleary because fairies lived under it.