The Song of Lunch 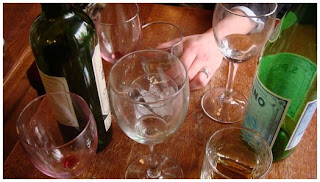 Mutt: Have you been reading those scripts?

Mutt: I saw this laughable howler. No wait, I’ve forgotten it.

Jeff: Don’t think much of these tortellini.

Mutt: And they call that lunch.

[Jeff tilts forwards gently into his plate and goes to sleep.]

Alas, with dining companions like me feeding him lines these days, I fear Christopher Reid’s The Song of Lunch Redux: The Staff House Days may be a long time coming, longer even than an attractive choice of vegetarian options on the staff house menu. (I tell a lie. The quorn bake is passable.) But as for The Song of Lunch itself, just out from CB Editions, well, let me tell you. It’s a fantastic book. Christopher recently published A Scattering, a book of elegies, with Areté Editions, a volume for which I don’t yet possess an adequate critical vocabulary, and by following it up so soon with The Song of Lunch reminds the world, again, of the lamentable absence of a Selected never mind a Collected Reid (yes I know there was a Stateside Selected, but that was ages ago now).

Literary status anxiety and failure. A boozy lunch with an ex, now married to a successful novelist, in a so-so Italian restaurant in Soho. Wrily lecherous glances at the waitress. Unpromising stuff, isn’t it. I mean, name the contemporary poets who’ve written well about the literary world, its pettinesses and bêtises. Not too many Seamus Heaney poems about the tedium and fakery of book launches, literary croneydom, and academic log-rolling, are there (if only there were). And saeva indignatio has hardly been Christopher’s key-signature over the years, has it. Yet The Song of Lunch pulls it off – humane but scathing, grotesque but believable, its protagonist laughable but no more (no less) so than you or I:

It’s an ordinary day
in a publishing house
of ill repute.
Another moronic manuscript
comes crashing down the chute
to be turned into art.
This morning it was Wayne Wanker’s
latest dog’s dinner
of sex, teenage philosophy
and writing-course prose.
Abracadabra, kick it up the arse –
and out it goes
to be Book of the Week
or some other bollocks.
What a fraud. What a farce.
And tomorrow: who knows
which of our geniuses
will escape from the zoo
and head straight for us
with a new masterpiece
lifeless in his jaws.

Waiting for a waiter. Dramas of the bread stick, a penile peppermill, the love affair of wine and tongue. A marvellous ripple of Ulyssean stream of consciousness:

I take it you’re

Refills own. Not a lot left.

Antidote to all life’s ills!

Are there so many?

I wasn’t trying to be

I suppose, in number, not many

Then, master of ceremonies:

Drink to me only!

Our poet has published one book, many years since, which received ‘One shitty review in the TLS – /The poetry, we assume, /Is in the self-pity.’ I think of Krapp’s ‘Seventeen copies sold, of which eleven at trade price to free circulating libraries beyond the seas.’ Why do readers of that play assume that Krapp is merely a failed writer? Maybe the book is question is fantastic, and maybe that TLS reviewer was wrong too. (Most critics are failed artists, someone suggested to Eliot: so are most artists, he replied.) There is real pathos and humanity in our poet’s predicament, not just cheap laughs at a washed-up old fraud.

Not that the question is left as open as all that. There is the small matter of the ex’s verdict on the slim volume. It is devastating. P. 59. I will forebear from quoting it. Read it yourself. I hereby proclaim The Song of Lunch an instant classic. This is Christopher Reid’s Krapp’s Last Tape.

I also feel duty-bound to point out to Christopher that the waiter in that Italian place we go to on Newland Avenue, La Perla, is, like the waiter at Zanzotti’s, called Massimo. The Italian guy, not the Bosnian, obviously.

The fraud, the fraud of it all, make believing what we do has a value beyond the moment of composition which made us feel good about ourselves and at one with the world when wroughting our ditties.

I'm all seventied out after the religious bank holiday, the weekend of paying homage to One Man, OMG, omg, omg, look who it isn't at eff and eff, Dave and Des, all effed off wiv it mahn, jah mahn, blud. Peace.

The prevailing prosaic mode, the one we take our cue from in the famous prose from the ard ollamh, is irrefutably to be ...nice and say nice things, because this is one peron's truth to thought, and (un)luckily being Famous and loved, is all the rest want to be.

That and to be worshipped of course, adored (obviously), the focus of attention as a serious poet by every other practioner (naturally) and generally, to be happy in the face of such clear and obvious unfairness and inequality in the world we inhabit as wannabe star bores doin it for da mahn, ay Dave? God him and herself, s/he, shee, the sidhe, the fairies and supernatural order shaping our own state.

I am in the middle of a book about ancient secret knowledge, and though the author seems to be cobbling together lots of arcana in a way (should i reveal who it is) that would get one larfed at - the essence is there i think. That our three dimensional reality is few rungs below a higher power of consciousness, and so if we manage to view what we do in a career through the cosmic filter of eternal space and time, this helps lessen the pain of knowing we are not the One Man God decrees the readers go omg, omg, omg over.

I read this post today, and your musings in the gas chamber (pof) and thought - this is honesty. That you even say it, to admit and acknowledge some basic truths many others will not share (publically at least), is the first step to mastering a silence within, an aspect of character, an energy inside, the inward life - and wringing it out into something of use to you as a bore performing on the white space for the twenty or so readers, straw poll, vox pox, perfect average selection and all we need to go global and overground. To become a success.

What is noticeable however, is that in the age of Prize and Winner, were all we do seems graded by it, where it defines us - little conversation occurs in which the unsavoury inner aspects of character Competition invokes and makes real within us, the petty jealousies, the hate, the loathing of people we know only from text and a photie - all this, is rarely discussed in an honest way.

Well done. I am really pleased such a bore won, is all we get innit Dave? when the reality, surely, is I am really upset such a one won, because if I had my way, i'd win, and if not me, one of my close personal freinds and those in my group, and that way, means we are all in it together, winning and getting gassed about.

To speak of in-house politics in the Poetry game, is frowned upon, i think, because the major force in Poetry in the english language, found a way to his own note, in the opposite way to Kavanagh. A career more like that of Yeats than people like you and i could hope for. So, to top Famous on his own terms, is impossible because therre can be only one H in the here and now of contemporary pomes R US - sell, brand, make out we're famous when we're so clearly and predicatably, not remotely famous.

And i understand that i am doing you a diservice, placing my activity as a dolite next to yours and suggesting you and i are of a similar order in the big design of poetry big-wigging, as i am merely a washed up aul fraud myself, and cannot compete with either you or the famous poets whose fate is and has been such, to walk in the door of education at 18 and exit three years later into the slipstream of major poetry success from an early age.

I only have O'Casey as a model to work with, and he was glorously bitter and windy when he got the bone in his gob. He learnt how to be a pain in the ass championing slum-Dubs, and would hammer his point on trifles of lingo, picking up one clumsy word and turn out 2000 words of outrage in response. Perfect.


A nice departure, to say what everyone else thinks but thinks they can't utter. Nice one. Checks in the post.

I get the feeling someone here has had their "chap book" rejected by Faber.

I don't believe this is the case.