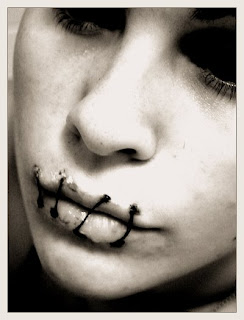 Who buys old issues of literary magazines in second-hand shops, I wonder. Myself excepted, that is. That distinctive savour of the compost heap or potting shed drew me irresistibly to a copy of The Dublin Magazine (Autumn/Winter 1966) the other day, as edited by the euphoniously named Rivers Carew. How pleasing, though, to come across not just the first printing of the Mahon poems ‘Exit Molloy’ and ‘Preface to a Love Poem’ (‘This is a way of airing my distraught /Love of your silence. You are the soul of silence’), two uncollected poems by Anthony Glavin and, in among four other poems of his, a Longley inédit, ‘The Centaurs’:

The sergeant, an arrow in his back,
Who crawled, bleeding, up the dusty street,
Who gasped his news of the failed attack,
How on all fours he made his retreat – ...

And then to find, too, an uncollected essay by Eavan Boland titled ‘The Attributes We Seek’ reprimanding Edna Longley’s dismissal of Thomas Kinsella in the previous issue. Boland demurs at Longley’s pejorative characterisation of Kinsella’s imagination as ‘heraldic’, and this being before what I might ill-advisedly call her ‘damask-scene’ conversion to Dundrum feminism, her critical language frets in the shadow of what I presume was the TCD style of the day, i.e. something resembling an Addison editorial, all the way down to the ‘We’ of her title and the heavy hand of this last comma: ‘Once surprise is traduced, and wonder is exchanged for a sort of weary prediction, then those bearings by which each man’s achievement is valued, become illegible.’

Seeing Mahon’s ‘Preface to a Love Poem’ again though reminded me of Sara Maitland’s A Book of Silence, and a letter she quotes on the subject of silence from her friend Janet Batsleer:

All the social movements of oppressed people in the second part of the twentieth century have claimed ‘coming to language’ and ‘coming to voice’ as necessary to their politics... In the beginning was the Word... Silence is oppression. It is ‘the word’ that is the beginning of freedom. All silence is waiting to be broken.

Janet Batsleer obviously isn’t one of those people who read back issues of literary magazines, in other words (I mean, you should see the rest of the issue of the Dublin Magazine I’m talking about here). Now there are cloisters whose calm will not be violated any time soon. Or as Michael Longley says of the weasel and the ferret elsewhere in my mouldy new purchase:

"In fact there is no silence without speech".

In fact that is factually factitious.

Stonechat offers puthwuth a few copies of Atlantis, subject to a correct answer to the following decider:

Does Michael Longley live in

a Benidorm
b Beirut
c Belfast?

Answer by Monday please, and make sure you get the bill payer's permission

Re. silence, this from Lawrence:

The youth walks up to the white horse, to put its halter on
and the horse looks at him in silence.
They are so silent, they are in another world.

Maybe photocopy the Glav poems for me sometime, if you get the chance?

Sean, since most Irish poets live in Beirut and Benidorm I'm guessing this is a trick question and will say c.

2 copies of Atlantis on the way, you slumdog!

Literature is a word that moulders, and rots and yellows with an oddly attractive scent. Literature is forever past and never current, and if not imbuing one with nostalgia for a time they never lived, then inspiring a hopeless lust for distant spheres that will never be slaked.
Literature crystalises affected sufferings and joys that could only ever be accessed obliquely, partially. That were never purely expressed to begin with. Ever raging frustration. Any of its temporal beauty is shattered by relentless vainglorious academics.
I am lost Puthwuth,in this limitless ocean, unquenchable thirst and onslaught on fragile lexical beauty, and as are you.
But take note gentle reader, and be warned. Lift your eyes from your musty page (mmm, smell it) and flashing screen to the ever-original skies, and live.

In other words, why bother? Go for a walk.